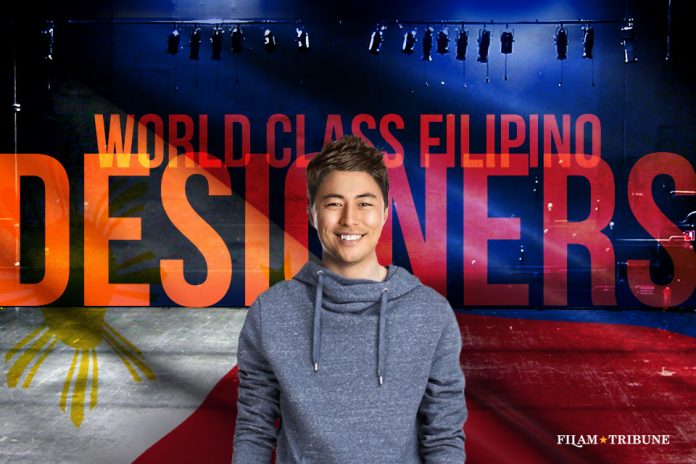 Fashion is timeless. Styles and trends may change every year, but the industry remains.

A type of fashion trend for a specific era may have been brought about by changes in the behavior of the prevailing society. Famous figures can hugely influence it in cultures such as movie celebrities, musicians, and other high-profile individuals.

Current fashion trends are mostly cyclical, wherein it analyzes signals from decades past and reworking them to fit within modern tastes to entice the market.

The Philippines, having been greatly influenced by various international, has its own impressive lineup of fashion brands.

Let us roll down the red carpet!

Founded by Patrick Bondoc and Rik Rasos way back 2009, Proudrace is a streetwear brand made waves in the international scene in 2017, as evidenced by its appearance in the global streetwear website Highsnobiety—Proudrace mentioned on its Under the Radar list.

Also, in 2018, Proudrace was featured in Vogue Italia as part of its Vogue Talents list, which showcases fast-rising designers worldwide. Based on their website, distortions and approximations are frequently seen in their designs.

Anika brand was established in 2016 by Anika Martinez after studying at The Fashion Institute of Design and Merchandising in Los Angeles, and being able to work for BCBG Max Azria and Halston.

The Anika brand represents women who want to dress for themselves, and women who adore clothes that are timeless and sophisticated, yet laidback and effortless. “They just really want to look good. Plain and simple.” Martinez said.

A brainchild of Becky Aranaz and her daughters Amina and Rosanna in 1999, Aranaz has been earning a reputation for manufacturing high-quality handmade bags using natural materials.

Their aim is the preservation of traditional artisanal crafts and transforming them into luxury designs, and is now one of the forerunners in showcasing these artisan crafts into the female realm of the fashion world.

“Our brand is about celebrating a life of leisure, and we believe that handmade and slow manufacturing processes are luxuries these days. It is not for everyone; it takes a certain level of understanding and an appreciation for these artisan crafts,” said Amina.

Filipina fashion icon and designer Josie Natori established Natori way back in 1977. The Natori Company is based in New York. Now a well-known international brand of ready-to-wear high-quality apparel.

Natori expanded to lingerie, home, fragrance, and accessories label. The Josie Natori, Natori, Josie, and N Natori, all of which reflects the designer’s business philosophy based around an “East-West mix” of culture and design.

Amato Couture brand was launched in 2002 by creative Filipino designer Fume One, together with textile expert Rashid Ali, in UAE. With an immense passion for couture, Furne fearlessly shows out-of-the-box, unconventional yet outstandingly stylish collections.

Amato is UAE’s first international designer brand, which has been patronized by celebrities such as supermodel Heidi Klum and Tyra Banks to singing sensations such as Katy Perry, Jennifer Lopez, Beyonce, Nicki Minaj, and Shakira.

Rafe is famous for its unique and handcrafted designer handbags and minaudières. Founded by Ramon “Rafe” Totengco, he established himself as a formidable Filipino designer based in New York for over two decades now.

In 2010, Totengco was installed as the creative director of handbags for the Jones Group. The group’s brands include Anne Klein, Stuart Weitzman, and Nine West.

“INSPIRATION IS EVERYWHERE!” In the sweeping line of an architectural firm, in the elegant curve of a sculpture, the light glancing off a masterpiece. Each Rafe creation is a brush with art. Rafe is designed for the woman who likes her fashion served timelessly.”

From corner store and a lone employee in a small retail space, Gingersnaps has 31 boutiques and 16 department store outlets in the Philippines.

Overseas, Gingersnaps has 42 boutiques and present in 22 department stores in Singapore to Dubai, Kuala Lumpur, Bangkok, Jakarta, and Saudi Arabia.

Extremely popular in the Philippines, middle-class flock the shop. Many assume its an American franchise. Who knew it was 100% proudly Filipino?

According to their social media account on Facebook, “Fashion is exciting, ever-changing, constantly evolving. Trendy, global, fashion-forward – we believe this is what children’s wear should be.”

Gingersnaps design settles in mid-classic-dainty-dresses. A few choices for boys, but definitely timeless elegance you can hand-me-down.

After graduating in college, Monique Lhuiller got a job in a sportswear company, but the company had a different creative style. She gave it up and married Tom Bugbee in 1995. She planned her wedding that turned into a fashion ramp.

Heads turned with this Cebuano’s fashion sense and guests wanting more. In 1996, the Monique Lhuillier was established in L.A. With her husband’s business acumen, the Lhuillier brand is now internationally recognized as one of America’s foremost couture bridal and ready-to-wear brands.

As one of the leading wedding gown fashion in the world, the “Monique Lhuillier gowns and dresses” worn by Sarah Michelle Gellar, Shannen Doherty, Catherine Zeta-Jones, Carrie Underwood, Taylor Swift, and Jennifer Lopez.

In 2019, Monique raved as Hollywood’s “It-Designer” and appeared as judge on Netflix’s Next in Fashion 2020

President and founder Emmanuel Pineda created Harlan + Holden in 2015. His vision was to create a top-of-mind, classic collection that consisted of garments deemed timeless—a wardrobe that could still compete against the norms of ready-to-wear fashion.

Clearly, the simple lines, folds, and neutral color of harlan + holden reveal its market following. It’s just a matter of time that this brand reaches Paris, Milan, and New York.

To date, the company has outlets across the Philippines, Indonesia, and South Korea, and is poised to become Asia’s blooming luxury house.

The brand name culled from a combination of the words ‘earth’ and ‘air.’ Their camisoles and dresses are all dyed using natural pigments, as well as their hoodies, dresses, skirts, and swimwear.

‘Tropicalization’ is a word often used to describe her apparel. It started when Vivien Ramsay read about a European in Bali who was astounded by nature’s force — “how things could just grow out of nothing like a vine would grow out of a crack in the wall,” she said in a CNN article.

The brand similarly aligns itself with nature’s flow.

With a substantial following in some countries, Eairth would appeal for fashionable girls with sustainability in mind.

Filpino-British designer Ralph Rivero is the next-generation menswear designer. His designs featured on the TV series Styled to Rock (produced by Rihanna), and in the pages of GQ Style and Vogue Hommes Japan.

“The styling of my clothes have always centered around exploring that transitional period of boys turning into men. You know, it’s that reckless youthful persona that guys have and the sensibility of the gentlemen.” Rovero said.

Despite being a melting pot of various cultures, the Philippines still has a lot of aces on its sleeves as far as the fashion world is concerned about what they could contribute to the changes in society. Filipinos can be world-class!