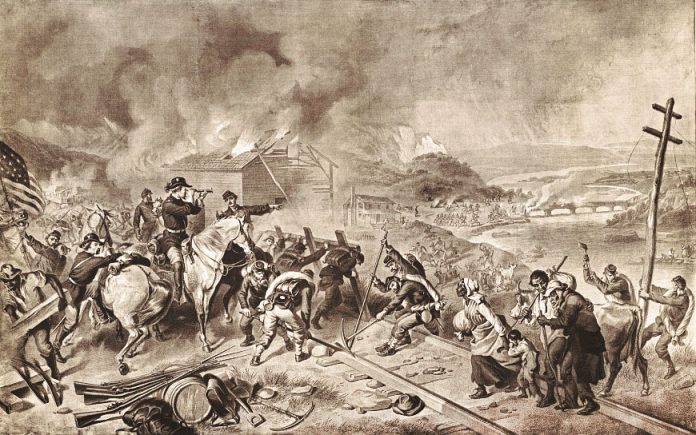 William Tecumseh Sherman’s ‘March to the Sea — Total War with the Confederate South — Justified or Unjustified?

In 1864, Union General William Tecumseh Sherman led the infamous ‘March to the Sea from Atlanta to Savannah, Georgia. He declared “total war” for 37 days. Some southerners (pro-slaves) found it unjustified, while most northerners (anti-slaves) found it justified.

Was it a wild adventure of a crazy fool?

The “crazy idea” was to strip the Confederate army of resources they could use to fight the north’s Union army.

Special Field Orders: How locals were to be treated

Georgians howled as soldiers razed Atlanta. Many feared Sherman’s army marching into other towns, so wives wrote and pleaded with their husbands to return and protect their homes and livelihood. As a result, it forced many Southerners to abandon the cause.

About 40% of the homes in Atlanta were incinerated. Many of them were mansions of wealthy slave owners.

William Sherman’s tactics included terminating the south’s railway access to reduce their mobility. Once the last train left, the army dismantled the railroad, effectively cutting the supply chain. It weakened the Confederate army.

After leaving Atlanta desolate, Sherman’s army marched to Savannah, the heart of Georgia. He was determined to gut the enemy to its core.

The army foraged as they went along the 250 miles march to Savannah. Fear and terror spread far and wide. It demoralized the south.

HOW POLITICAL PARTIES FORMED AFTER THE CIVIL WAR.

Bottom line, the March to the Sea helped the Federal government win the war and free slaves. It prevented secession, which would have derailed America’s, Manifest Destiny. However, as in any war, there are casualties and suffering.

CHRISTIAN ROOTS OF US GOVERNMENT.