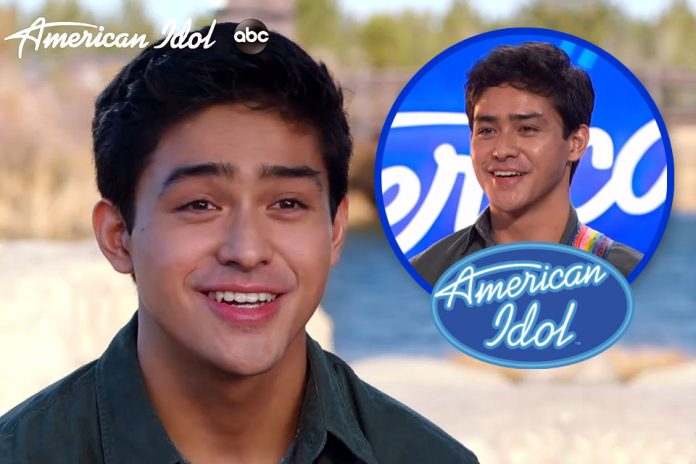 American Idol Season 18 Finalist is proudly Filam. Although he did not make it to the top, 19-years-old Francisco Martin was among Katy Perry’s top 10 favorites. He’s got the voice, plays instruments, and writes his songs.

Lionel Ritchie and Luke Bryan helped the nervous Francisco calm down before singing during the audition, but they were all ears once he sang. He wants to be a famous singer and musician someday, working hard to develop his talent.

Martin was the latest Filam to join AI, following Jasmine Trias, Jessica Sanchez, and Malaya Watson years ago. He managed to reach the Top 5 finalists of American Idol Season 18.

Almost there at Top-5

Francisco almost hit the champion title as he reached the Top-5 idols episode. He finished behind runner-up Arthur Gunn and the winner, Just Sam. As a pre-law student, his idol journey is one unique and memorable experience in his life so far.

Getting to know Francis Martin, the FilAm Idol

Francis was still in college when he joined the singing competition. He was studying pre-law at San Mateo, California. One of the judges, Luke Bryan, quipped and told him to drop out and pursue music instead after he heard Martin perform.

Martin loves all kinds of music, and settling on one genre isn’t easy for him. Aside from having a soothing singing voice, Francisco is one talented songwriter. His song explores genres from pop, soul, alternative, and indie music.

In 2021, Martin did his first tour, the ‘Beautiful Ramblings of a Restless mind Tour.’ He performed in different cities in California, Ohio, Illinois, DC, and New York. The Filipino-American singer/songwriter also performed at Grammy’s Recording Academy – Global Spin.

Martin Francisco in the Philippines

In 2022, Francisco Martin visited the Philippines for the first time. He had his open concert at Robinson’s Mall Magnolia last April 28. He then performed at the Miss Universe Philippines night on April 30. He also sang at the “Wish 107.5 Bus,” where he performed ‘Kissing on a balcony.’

At ‘ASAP Natin ‘To,’ Francis was warmly welcomed by icons—Gary V and Regine Velasquez. Gary asked him what the fascinating part of his first visit to the Philippines was. He said it was “how you guys party.“

Singer Moira also asked what tip he could give aspiring singers fighting for dreams on American Idol. Francis said, “keep to yourself focused, be a horse of blinders and be your own individual self.“

A Filipino princess in Disney’s Rama?