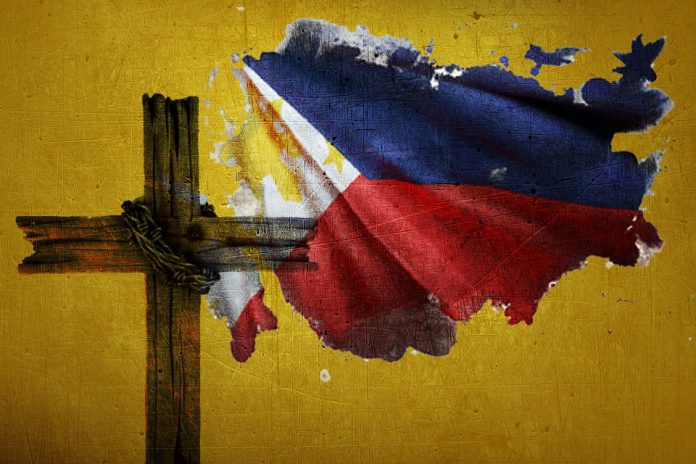 What happened to the Philippines: The only Christian nation in Asia that’s still deep in corruption, poverty, and increasing loose morals

In the 1950s, South Korea was the poorest country in Asia for over a decade. Korean leaders widely considered the Philippines as a nearly unreachable role model for economic development. [Stephen Park]

Likewise, Singapore in the south was a gang-ridden fetid slum in the 60s, and Vietnam was impoverished.

As the Philippines entered the Marcos years, we still enjoyed traces of prominence. However, our neighbors’ upheaval turned to silver and others to gold. We went from pearls to baubles.

Filipinos still call for a revolution.

In contrast, Filipinos still call for a revolution. Well, up until the last Aquino.

For almost four decades, the Yellow Revolution fought for a righteous government. But in 2022, the overwhelming support for the return of Marcos made it evident Filipinos were tired of the rhetoric and promises of the opposition.

THE SINS OF MARCOS.

Why not blame God for the country’s misery?

The Philippines is the only Christian nation in Asia, yet it’s deep in poverty, dissension, and the threat of Chinese intrusion.

Despite countless prayer vigils and calls from the religious elite for change—we’re still somewhat in the wilderness.

The call to oust Rodrigo Duterte during his term was so intense, professing Christians wished for his death. Religious groups constantly criticize the government. The result is more division.

CBCP, PCEC, UCCP, and NCCP united in “telling the government what to do.” These religious leaders compartmentalize the division of church and state, even if the apostles did the opposite. Ironically, Jesus surrendered His rights. [Politics Divide]

SEPARATION OF CHURCH & STATE IN THE PHILIPPINES.

How many more EDSA do we need?

We’ve had three EDSA revolutions, not counting the “mini-EDSAs.” Since 1986, the blame game has continued, and it’s pernicious. Will an EDSA IV work this time?

Yet those you hope would lead the country to a moral and spiritual revival are the people setting a bad example by mixing politics and religion—using the name of Jesus. God is sending a clear message.

Will an EDSA IV work this time?

Increasing loose morals in the country

Most Filipinos remain religious and conservative, while the rest of the Christians in Europe and the USA are declining in numbers, with no signs of recovery.

Despite conservative tradition, values continue to disintegrate, as evident in what we see on national television and social media. Biblical morals deteriorate as religious leaders get distracted by what matters most.

Why is God silent?

In the Netherlands, the Ten Booms did their part in sharing the Gospel as Hitler murdered millions of innocent millions. Was God helpless in protecting His own “chosen people“?

In the USA, despite the efforts of church leaders to influence the government, abortion and same-sex marriage are legal.

Prayers in public schools are banned, while Satan Clubs are welcomed along with a long list of LGBTQ books in high school libraries.

Is God helpless to stop left liberals from spreading their woke ideologies?

When ‘Jesus is Lord,’ the senior pastor ran thrice for public office and lost thrice. Was that from God as well?

The point is several Filipino church leaders have become embroiled in fighting the government, using their position to support politicians. In short, evangelical leaders of the Philippines are endangering the gospel they preach.

EVANGELICALS ARE ENDAGERING THE GOSPEL.

If we want a better Philippines, we should help others mature in their spirituality—Only God can help our country

There’s always a corrupt, degenerate leader, but only the gospel can save the country. As Vico Sotto puts it, “We need leaders who fear and love God.” Only God can help us.

Unfortunately, more Catholic priests and evangelicals involve themselves in bipartisan politics that endanger the gospel they preach.

Real change happens when God changes the hearts of men. There is always hope in a society that repents.

Perhaps spiritual leaders meddling in politics should reflect on walking on the street of Manila with sackcloth and ashes on their foreheads, as the Kings of Israel did when God judged their nation.

Real change happens when God changes the hearts of men.

CHRISTIAN POPULATION IN THE USA DECLINES.