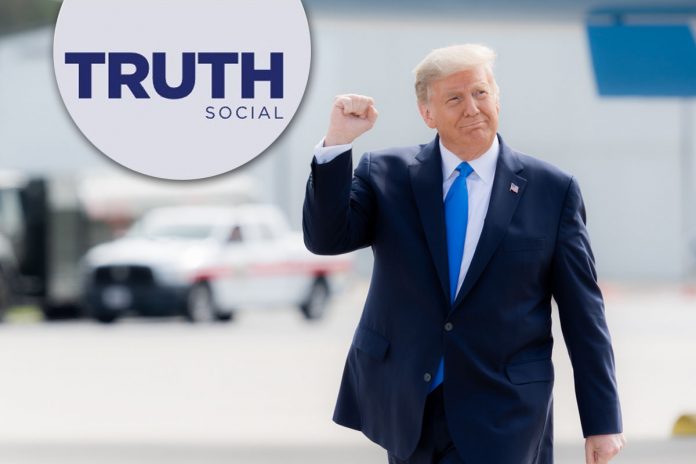 Before and immediately after former President Donald Trump ended his term on January 20, 2021, his social media accounts were deplatformed by Google, Facebook, YouTube, Twitter, and others.

At the same time, thousands of conservative accounts were also deactivated in connection with Trump’s fraud claim, including allegedly spreading fake news.

Donald Trump was still a sitting POTUS when Twitter and Facebook locked his account on January 7, 2021. He posted a video praising his supporters, who also claimed voter fraud, which these networks flagged as dangerous.

As a result, he vowed to sue “Big Brother Tech” and launch his own social media platform. Since October 2021, Trump’s “Truth Social platform,” or TRUTHSocial, has used an open-source hosting software Mastodon.

Trump Media & Technology Group (TMTG) operates the platform. It will be available on Apple App Store and Android beginning February 21, 2022, the annual Presidents’ Day celebration in the U.S.A.

TMTG partnered with Rumble on December 14, 2021. The video platform is a serious and growing competitor and alternative to YouTube. It is supported mainly by Trump supporters who dislike how Google-owned YouTube discriminates and cancels conservative content.

However, people had a difficult time creating accounts. Most mainstream media outlets did not cover the launch, nor did conservative pundits push it on their platforms.

Trump’s Truth Social Media seemed to have flopped. In March 2022, Elon Musk hinted at the possibility of creating a powerful platform to compete with Twitter.