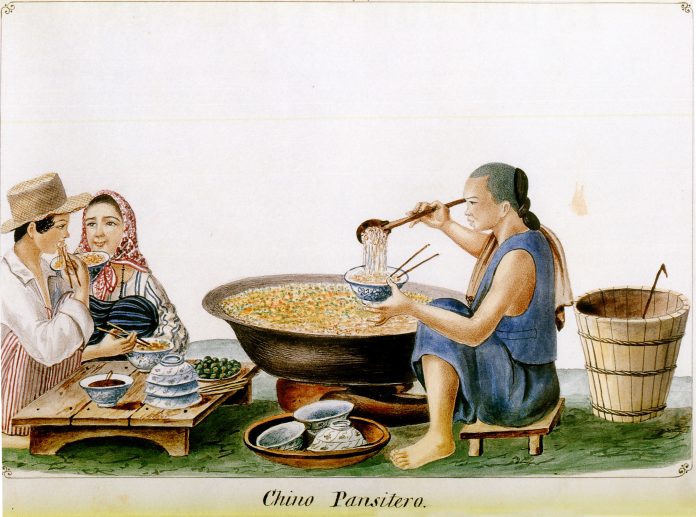 DNA analysis shows Filipino ancestry is deeply rooted in Chinese ethnicity. Although the Spaniards heavily influenced many Filipino traditions, language, and habits, Filipinos of Spanish (Castillian) descent comprise only 2 to 3% of the average genes.

Sangley is a term for Filipinos of pure Chinese ancestry. The most common sangleys are the “mestizo de sangley.” They are children or immediate descendants of a Chinese immigrant who married a native Filipino.

For example, Jose Rizal can be considered a Mestizo de Sangley. His Chinese ancestry was traced to Cua Yi Lam, a native of Jinjiang, China, who migrated to the Philippines in 1697. Likewise, his father had Chinese origin as well.

Rizal also had other racial mixes, including his native Filipino ancestors. Hence, he is an Indio for having weak Chinese blood. However, their wealthy background allowed his parents to use and maintain their Don and Dona titles.

If the country were still under Spain, the Sangleys would be the likes of Henry Sy Sr. or Lucio Tan. Their children who married a Filipina would be “mestizo de Sangely” or Chinoy.

There are approximately 1.35 million pure Chinese and about 22.8 million Chinese descendants out of 98.87 million in 2013.

The threat of a growing Chinese population

At the beginning of the Spanish period, the growing population of Chinese became a threat to Spain. Being an ethnic group (with roots in China) means they would be far less loyal to the Spanish crown.

In the wake of the Chinese massacre in Manila in 1603, ethnic Chinese fled to Pampanga in the north and some to Laguna, where Chinese immigrants were already present.

Intermarriage between lowland natives in northern Luzon was prevalent in the south. For example, the short-lived kingdom of Limahong in Lingayen further expanded the sangley population in the south.

The Filipino ruling class was dominated by the Peninsulares (Spaniards living in the “new world” born in Spain) and Insulares (those born in the Philippines). A substantial Chinese population in the 1600s were poor and uneducated laborers.

Despite the rise of Filipino-Chinese who had money, new immigrants from mainland China continued to trickle. With no western influence, they were regarded as uncivilized. The mix of wealthy Chinese and new arrivals continued to picture them as second-class citizens.

Eventually, entrepreneurship paved the way for the emergence of the middle-class Chinese Mestizo from the 1750s to the 1850s.

The Dominicans and Jesuits were encouraged to Christianize the sangleys. In 1594, Spanish Governor Luis Pérez Dasmariñas established Binondo. It was a small town located near the walled city of Intramuros.

Binondo was the permanent settlement of sangleys who converted to Catholicism. By 1687, a Chinese Guild (Gremio de Chino) was established. In 1954, the Binondo Chinese community was formally created.

The Colegio de San Juan de Letran and the University of Santo Tomas (UST) were established in the early 1600s. In 1738, King Philip V of Spain opened these schools to Chinese and Tonkinese (North Vietnamese) students because China and Tonkin did not have Christian educational institutions.

Binondo, the permanent settlement of sangleys who converted.

PHILIPPINES, A PROVINCE OF CHINA?

Chinese mestizo during the revolution

Captain John Taylor (1989) described in the ‘Philippines Insurrection Against the United States document how the Chinese helped overthrow Spain.

He said, “Natives who have led during the past few years of revolt have probably been almost all partly Chinese (mestizos)... They were chiefly instrumental with the loudest voices, arrogate to themselves the right of speaking for the people of the archipelago.” [Michael Tai, 2019]

In the 1930s, wealthy Filipinos and politicians built mansions in the Magdalena estate in Quezon City. It was a hacienda developed into an elite residential area by the Lebanese elite, Doña Magdalena Hemady.

It became the “New Manila,” where the children of the wealthy Chinese mestizos in Binondo also relocated. They established smaller businesses in the area in the 1970s.

TEXAS WAS THE NEW FILIPINAS.

The rise of the middle-class Filipino-Chinese

Despite obscurity among the wealthy insulares and Spanish mestizos, the Chinese remained industrious and supported one another. They were enterprising, pioneering, and frugal.

The Chinese mestizos rose to prominence between 1741 and 1898, primarily as a landholder and middleman wholesalers of local and imports. [Wickberg]

New opportunities for the enterprising sangleys

In the late 1760s, many Chinese were forced out of the country to cooperate with the British, who occupied Manila in 1762-1764. Those left in Manila were not allowed to move to the provinces.

The Chinese mestizos followed the lead of their “mainland Chinese” counterparts and penetrate less explored trading businesses. By the early 1800s, Chinese mestizos were engaged in landholding and wholesaling. [Antonio S. Tan]

Mestizos in Laguna, Cebu, and Ilo-Ilo

North of Manila, the Chinese mestizos of Tondo, Malabon, Polo, Obando, Meycauayan, and Bocaue were into rice trading between Manila and the Pampanga-Bulacan area.

In the east of Manila, Chinese mestizos in Pasig specialize in wholesale and retail trade between Manila and Laguna. The rest moved into lumber, steel, rubber, and textile.

By the early 18th century, the Parian of Cebu was a predominantly Chinese mestizo community. Their impact on the country’s industrialization was greatest in Central Luzon, Cebu, and Iloilo.

For example, Chinese mestizos in Molo and Jaro in Ilo-Ilo were exported to Manila and bought European goods to sell. They were also engaged in pina clothmaking for export. It was this thriving coastwise trade that made Cebu and Ilo-Ilo wealthier. [Tan, P148]

The demand for sugar encouraged the Chinese traders and landowners to convert lands into sugar farming. Hence, the rise of Filipino-Chinese hacinderos.

FIRST FILIPINO IMMIGRANTS IN THE USA.

Richest in the entire population

The opening of the port of Manila in the 1830s, followed by those in Iloilo and Cebu, stimulated coastline trade among the various islands in Manila. It was mainly the Chinese mestizos who handled wholesale trading between these islands.

The country’s opening to foreign traders facilitated the growth of the export of tropical products like sugar, coffee, coconut, tobacco, and hemp to neighboring countries.

In 1875, German ethnologist and explorer Andreas Fedor Jagor referred to the sangleys as the wealthiest and most enterprising portion of the entire population. [Jagor, p33]

Sangleys are the wealthiest.

GENETIC ANCESTRY OF THE PHILIPPINES.

A wave of Chinese immigrants in the 1900s

After the Xinhai Revolution that ended China’s monarchy, a new wave of Chinese immigrants from the mainland arrived to escape their country’s growing poverty and tumultuous political struggle.

With it came the more enterprising Chinese settlers with money and new ideas. They were drawn to the fact that Chinese communities were already thriving and setting up businesses will be less challenging.

The making of business tycoons

Many of these new migrants would become the patriarch of the Philippines’ biggest conglomerates. Their children and grandchildren would later become the country’s top business tycoons.

A new wave of Chinese immigrants

China has become an economic giant. With the Philippines’ proximity to the mainland, a new class of Chinese immigrants bringing their businesses to the country peaked at the beginning of 2017.

However, many of these businesses they have brought to the country were apparently illegal gambling and drugs. In 2022, a kidnapping wave, apparently of Chinoys by mainland Chinese foreigners 2022 caught the attention of the Senate.

WHY ASIANS EXCEL IN THE USA.