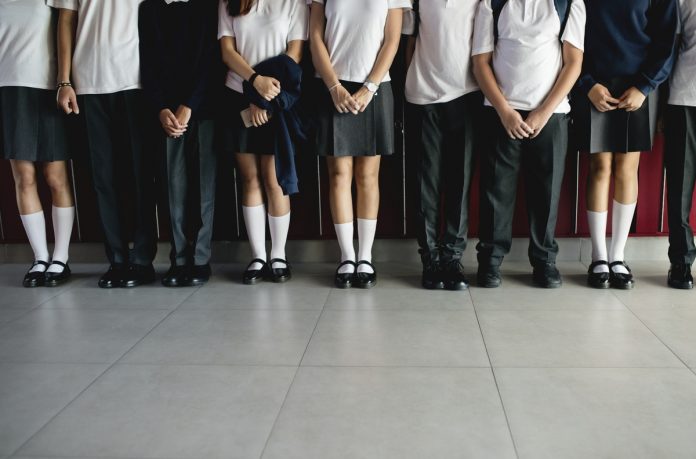 Students in public schools in Asia are required to wear uniforms. The psychology behind these allows students to follow the rules, respect hierarchies, and complete obedience.

However, studies are difficult to ascertain its advantage or disadvantage, depending on who you ask because the research available is more anecdotal than empirical.

Schools in Asia and the USA have contrasting views on student uniforms. Yet, Asians continue to excel, consistently top SAT scores, and are now the highest income and most educated above other ethnicities in the country.

One reason is that Asians generally are more disciplined than other racial groups, with the lowest rates of suspensions and expulsions. School uniforms are one strategy to sets that culture.

Sports, the military, and even prison require uniforms, not because it looks good, but because it imposes discipline.

Asians are more disciplined than other racial groups.

School uniforms work—depending on who you ask.

A student survey on school uniforms will likely indicate an aversion to them. Teachers and principals, on the other hand, will be in favor of it.

In 2007, an Oxford Brook University survey of students 13 to 17 years old in the U.K. indicated school uniforms help them feel happier and more confident. A decade after, a similar study in the U.K. showed little had changed. [I.E.] [S.A.]

A Malaysian study in 2020 surveyed students and teachers on their perception of mandatory school uniforms. Similar to the U.S. study in 2021, students did not see the importance of uniforms.

However, teachers agree that wearing school uniforms in Malaysia has the following positive effects.

According to a 2021 study. “We didn’t see much difference in our behavior measures, regardless of whether the schools had a uniform policy or not,” said Professor Arya Ansari, lead author of the research at The Ohio State University.

Also, those who wore uniforms had lower levels of school belonging. “Fashion is one way that students express themselves, which may be an important part of the school experience,” Ansari said.

What is the difference between U.K. and Asian studies?

The 2021 USA survey examined elementary-aged students, whereas the Malaysian and U.K. surveys found favor in parents, teachers, and principals. Ergo, who should we listen to kids?

Who should we listen to kids?