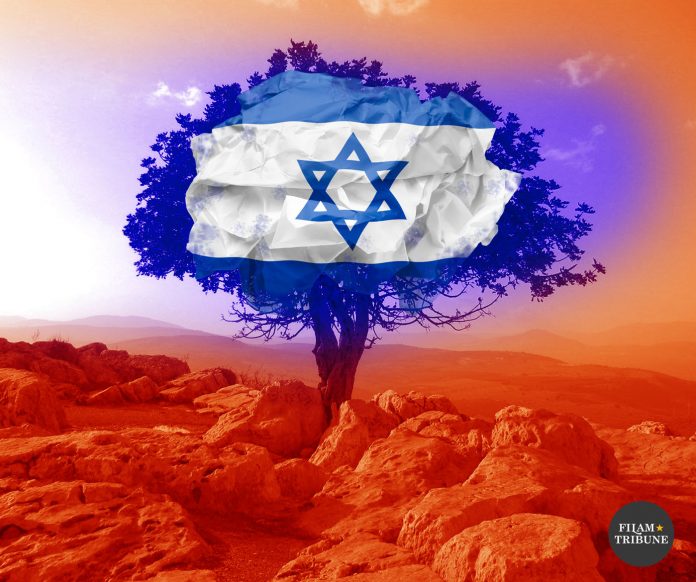 In 1948, “modern Israel” was established in the “ancient land of Israel” called Palestine today. Jewish ancestors called the “modern Palestine” Canaan, where the Kingdoms of a united Israel (Ancient Israel and Judah) were located. [Ancient EU]

Israel’s capital, Jerusalem, has been conquered more than 40 times. Assyrians, Babylonians, Persians, Romans, Muslims, Mongols, Ottoman Turks, and the British Empire wanted a piece of it. More than 100 battles have been fought for control of Jerusalem.

The indigenous people of Canaan were never a unified ethnic group and without a ruler until Josua led its conquest around 13 BCE. The land was named after a man called Canaan, the grandson of Noah (Genesis 10). [Timeline of Israel]

Eventually, Canaan was conquered in succession by the Assyrians, Babylonians, Persians, Alexander the Great, the Seleucids, and the Roman Empire.

Canaan: The Land of Judeae

Canaan became a Roman province (Land of Judaea) in 63 BCE when Pompey conquered Jerusalem and its surrounding areas. [Britanica 1,2]

Judeae or Judea incorporated Judea, Samaria, and Idumea in ancient Israel. Today, they are internationally recognized as a part of the Palestinian territories.

With very few natural resources, the dry lands of Israel have been the object of empires and nations for thousands of years. But the Muslim conquerors seemed to have cemented their roots in the land of Judea, which we now call modern Palestine.

The Islamization of Jerusalem took more than five centuries. In the early 690s, the Dome of the Rock was built over the Foundation Stone, the site of the historic Jewish Temple. Various Muslim structures were built on the mount, including memorial sites and gates in Israel.

In 132 A.D., Roman Emperor Hadrian renamed Judaea to ‘Syria-Palestina’ after the Bar Kokhba (Jewish) revolt. By the early 1900s, the British referred to it as Palestine. [Britanica]

Muslims occupied Jerusalem for 451 years, from 638 until 1099. But it was Saladin, the Muslim Sultan of Egypt and Syria (Ayyubid dynasty), who made history in the Battle of Hattin.

From the Roman to the Ottoman Empire and the British Empire

From 1516 until the end of World War I, the whole region of western Asia was part of the Ottoman Empire, that include Syria-Palestinia. [IPS]

Judgment for the sins of modern Israel

Although they claim God’s protection, Israel will be judged not necessarily for its land grab but for embracing liberal ideologies such as PRIDE March, SlutWalk, and abortion, which Yahweh despised.

3. The politics between Israel, the United Nations, and the PLO

Partition of Palestine in 1947

Before the partition of Palestine, the British promised to support the establishment of a “national home for the Jewish people” in Palestine under the Balfour Declaration in 1917.

Naturally, what followed was increased hatred for the Jews, not by the Europeans, but this time by its Muslim neighbors.

It was endorsed by the Allied powers under the British mandate over Palestine and approved by the newly created League of Nations in 1922. More Jews began to immigrate to the land until the second world war broke out.

The Philippines was the only Asian country to vote in favor of the creation of the State of Israel under UN Resolution 181 in 1947. Israel and the Philippines established full diplomatic relationships in 1957.

In 1964, militant Palestinian nationalists formed a united Arab to establish “Palestinian statehood” over the territory of former Mandatory Palestine in opposition to the State of Israel. Fatah leader Yasser Arafat was the first PLO chairman.

Since then, the PLO launched attacks on Israel—but Israel kept on winning.

In 1988 the controversial State of Palestine was formally established. It is a de jure sovereign state in parts of the West Bank under the Fatah and the Gaza Strip under Hamas. Both Fatah and Gaza are in a geo-political conflict. [CFR]

It has been a non-member observer state at the United Nations 2012, which 138 countries recognize.

In 2022, the UN recognized Nakba Day, which commemorates the displacement of Muslims in the Palestine area after “modern Israel” was established in 1948.

The land of Canaan was promised to the Israelites by God, which they occupied for at least 3,000 years. However, not everyone believes in the God of Israel—the reason to invalidate their claim to occupied territories and call it a relentless and illegal “land grab” that Jews justify.

The critical support of the United States

Australia, Austria, Canada, Denmark, Germany, Greece, Hungary, Italy, the Netherlands, the UK, and the United States were among the countries that voted against it, maintaining a balance and perhaps preventing a major anti-Israel war.

Russia’s coalition with the Arabs vs. the west may lead to a new world war if the US withdraws support to Israel. Without America’s support, it may create a vacuum where Israel is left alone to defend itself using its nuclear weapon.

Israel has a nuclear stockpile of approximately 90 warheads, and using just one can trigger World War III.