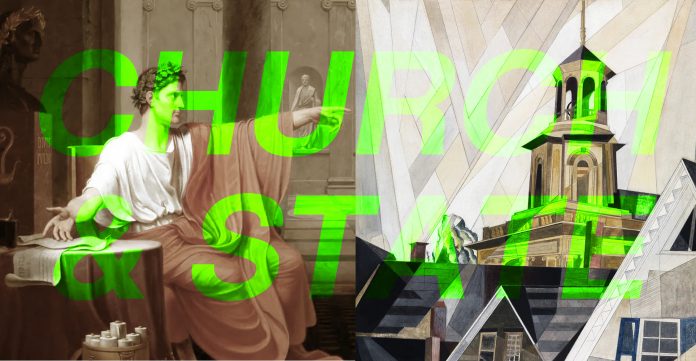 The clergy pushing theocracy in a civil government: A violation of the separation of church and state?

The powers of the friars

During the colonization of Spain (1521-1898), the power and influence of the friars affected all levels of society. For example, they were the mediators who quelled insurrections. They decide who suffers and who is exonerated. [C. Boncan]

Friars or the “prayle” also supervised the election of the Cabeza (and the Gobernadorcillo), therefore had influence and could wield power behind local officials.

People feared them because they held an authority supposedly from God and the pope as the vicar of Christ. After the commonwealth in 1935, the catholic church remained a driving force behind the government.

The past presidents of the Philippines were born Roman Catholics, except for Fidel Ramos and Rodrigo Duterte.

HOW THE POLITICAL PARTIES FORMED IN THE PHILIPPINES.

The friars lost political power when the Philippine Independent Church was established in 1902. The Catholic church veered away from politics until the 1957 elections.

However, not all “Catholic presidents” appreciated how the church meddled in politics. “The Church itself is better off when entirely disconnected from the Government, and the Government in turn when disassociated from the Church,” President Quezon said in a speech honoring archbishop J.O’Doherty in 1936.

Theocracy during the Marcos era

In 1965, the Catholic church supported Raul Manglapus but lost overwhelmingly to Ferdinand Marcos. From the very start, there were bishops who didn’t like Marcos. They grew critical of him, especially when Martial law was declared. [C. Boncan]

The critical role of Cardinal Sin

Cardinal Jaime Sin, the Archbishop of Manila (1974-2003), was the face of religious opposition. He supported Corazon Aquino and called on Filipinos to surround Vice Chief of Staff Fidel Ramos in EDSA, who defected, signaling the People Power revolution.

Sin chided Marcos in public and demanded to end Martial Law. However, he was also criticized for being a part of the problem rather than the solution to the spreading communist threat. [Monograph on Sin, Simeon G. Del Rosario]

After Marcos was exiled in 1986, church vigilance heightened. The clergy became visible in the subsequent calls for People Power to oust Presidents Estrada, Arroyo, and Duterte.

In 2011, WikiLeaks the Vatican scolded the Catholic Bishop Conference of the Philippines (CBCP) for meddling in politics, although CBCP denied it.

Papal Nuncio, Franco, urged the CBCP “To be cautious, keeping in mind that it should refrain from political activism.”

In 1987, President Aquino initiated a new constitutional commission to frame a new charter. Being a devout Catholic, she appointed three clergies to the commission.

In 2005, the Philippines Council for Evangelical Churches (PCEC) Bishop Efren Tendero was appointed as one of the members of the Constitutional Commission tasked to review and propose amendments to the 1987 constitution.

These commissions left favorable provisions for the church. Its purpose was to seek harmony, but the result seemed to empower CBCP and PCEC to meddle in government policies.

The purpose of including the clergy was to seek harmony between the church and state. Evidently, it seemed to empower CBCP and later PCEC and NCCP to talk politics to influence government policies. [Jamon, Mirandilla]

THE DOWNFALL OF THE YELLOW MOVEMENT.

The new crusaders of righteous politics

In 2019, PCEC’s response to SOGIE Bill was “Yes to equal rights for all…” With it came a rejoinder and recommendation. The PCEC might as well be the “Political Council of Evangelical Churches.”

In 2018, CBCP caught the ire of Duterte and called the Roman Catholic God “stupid.” They criticized him for his fight against drugs. The same year, the Department of Defense listed NCCP as a terrorist organization.

POLITICIZATION OF CHURCH IN THE PHILIPPINES.

The Catholic Mary shines in the “Yellow revolution”

The Roman Catholic Church played a crucial role in ending the Marcos era. Nuns and devout Filipinos paraded the statue of Mary in EDSA. [AP]

To commemorate People Power, the EDSA shrine was built in 1989 to honor Mary, who “saved the people” from an “evil dictator.”

The “fourth branch” of the government

The Philippines is one of only two Catholic nations in the world. Thus, the push for a theocratic government remains strong since the church called for People Power to oust Presidents Marcos and Estrada.

They would have been successful in ousting President Arroyo if the Vatican did not pressure CBCP to back off. The papacy insisted that the bishops should distinguish between pastoral care and political involvement because politics cause divisions. [WikiLeaks]

With “Duterism” and “the rise of Marcos,” the clergy will likely again take the role of the invisible “fourth branch of government.”

SEPARATION OF CHURCH AND STATE IN THE BIBLE.

How evangelicals in the Philippines endangering the Gospel because...