The “Secret Filipino” in a White World 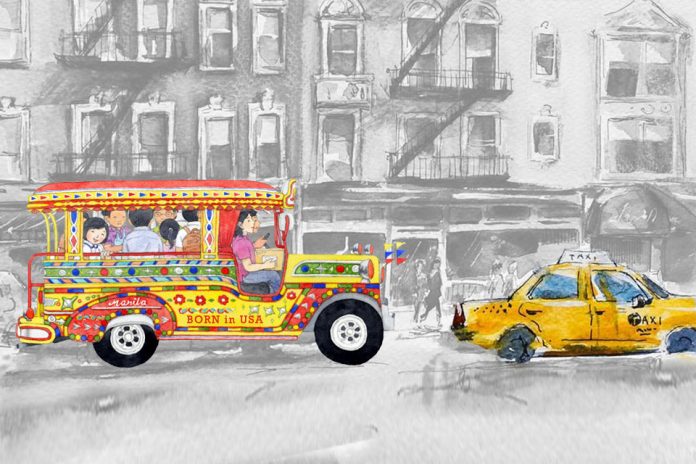 An Asian person reads “How to be an Anti-Racist”

Rik Panganiban, an online manager at a civic media literacy resource at KQED, read How to be an antiracist by Ibram X. Kendi. As an Asian man born in America, the book helped him interrogate his racial identity and Asian racism.

Flavors of the melting pot

He reexamined the American ideal of cultural assimilation—who am I in this all-white country—someone colored may ask. Keep in mind that this wasn’t a big deal for Rik, but it’s relevant.

America has always been the “melting pot” of cultures. Enticing, where all traditions go together into one stew. “Various flavors add up to a more delicious whole,” as he puts it.

He never really thought that this “melting pot” was about “whiteness”

Rik’s parents were immigrants from the Philippines, trying to fit into a predominantly white community in Pleasanton, California.

There were no Filipinos around him and only one other Asian family in his neighborhood.

He never thought being Filipino was something to be proud of growing up. There was no “Pinoy culture” to experience, no people expressing their pride, heritage, or Filipino art to brag about.

Rik’s world is “white,” and this “whiteness” manifested in his life—food, music, standards of beauty, and comic books. “I was the kid with the long name that no one could pronounce. I don’t remember anyone asking me where it was from or what it meant…,” he said.

WHY DO FILIPINOS HAVE SPANISH LAST NAMES?

Her sister recounted a story when a white kid asked her, “What are you?.” She replied, “I’m Filipino.” The white girl said, “Oh, I don’t know what that is; we’re Catholics.”

Rik and his siblings learned Filipino because they heard their parents speak Tagalog in hushed or loud tones when talking with relatives over the phone. He wasn’t encouraged to learn the language—this is America.

“Oh I don’t know what that is, We’re Catholics.”

Pinoy food is another thing!

Fiesta for Filipinos is at least 12 dishes—that’s tradition. Pinoy food isn’t as unique as Italian, Chinese, or Korean, whose table is worthy of the “last supper.” But if you follow the book, smorgasbord takes a different meaning.

Filipino food was something else for Rik. He grew up loving chicken adobo, pancit palabok, Lechon, Leche flan, and other celebratory dishes. But at home, Rik ate spaghetti, well-done steak, potatoes, and pork chops—an all-American plate.

In his normal childhood, Rik was the “secret” Asian man. Not that it was a secret that he was not white, but that no one knew what he was—deep down, Rik didn’t want others to know.

WHY DO ASIAN EXCEL IN THE US?

Rik wished for so many things. To be taller, braver, to have superpowers! But in all those fantasies—he wanted to be a white person—why not?

Since he was young, Rik learned to accept that his heritage had no value to the outside world. To be a success, he had to be part of a dominant culture, which makes sense—sort of.

In all those fantasies, he wished to be a white person

The long haul of knowing the true Filipino identity

It was only in college that Rik took his first trip to the Philippines. He began to question ideas and feelings of shame and embarrassment about his culture.

It was a long journey, and he’s yet to discover his true Filipino identity. What has he learned so far amid riots and the pandemic? We’ll find out when it’s truly over.

HISTORY OF FILIPINO IMMIGRANTS IN THE USA.