Why Trump supporters believe there was election fraud in 2021 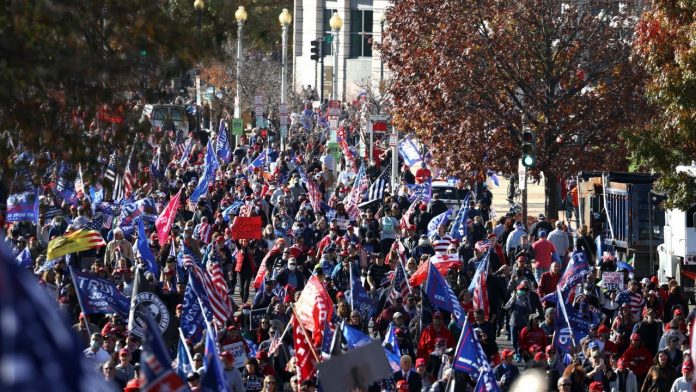 The tension was high towards the end of election 2020. Trump’s camp claim scores were high but sharply declined at the last minute. Trumpism cried fraud but evidence of fraud was anecdotal.

Trump boasts of 75 million supporters. His loyalists claim there were 1 million people who attended his Tulsa rally in June 2020. But fact-checking the claim appears far less.

What is true though is that in nearly all of Trump’s rallies, he’s able to gather hundreds of thousands of his loyalist supporters. The opposite is true for Biden.

Pun intended a Pennsylvania bakery have determined presidential wins for the POTUS. Using a “cookie tally,” Lochel’s Bakery in Pennsylvania has accurately predicted who will win the Presidential election in the last three elections, unofficially, of course.

The Supreme Court refused to hear the case and that was the end of it. Biden began the presidency with positive ratings. Trump departs with 68% of the public, glad he’s gone.

However, on February 22, 2021, Justice Clarence Thomas issued a scathing dissent on the court’s refusal to hear cases relating to the 2020 elections.