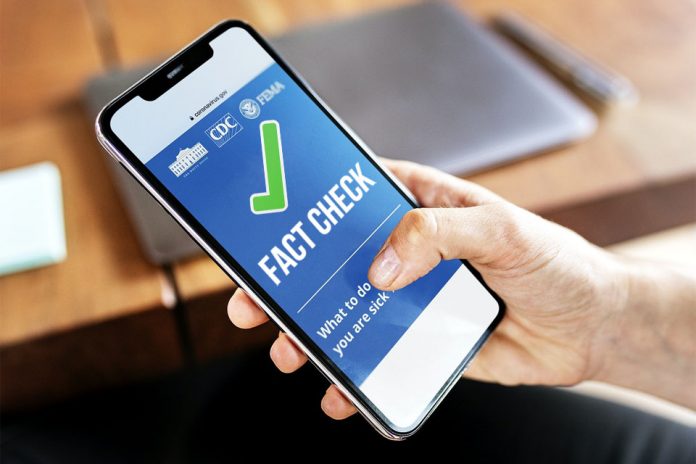 Study finds fact-checkers have Liberal-Democrat bias against Conservative-Republicans, reports USA News. The study came out nearly a decade ago, and when the most polarizing conservative was elected as President, the watershed broke.

In 2021, Liberal-Democrat President Biden loses it on national TV, but the fact-checkers were there “to save him” says, Ben Shapiro. The situation was the opposite during the Trump administration, he was crucified by mainstream media and fact-checkers.

There’s nothing wrong with being a liberal or conservative outlet helping root out ‘false news.’ The problem is grandstanding “truth,” claiming neutrality, fact-based, and at the center of things—but it is not.

PolitiFact was created by the Tampa Bay Times, a Florida newspaper, in 2007. In 2018, at the height of Trumpism, PolitiFact was acquired by the Poynter Institute.

In 2015, the International Fact-Checking Network (IFCN), a Poynter unit, was established and set a ‘code of ethics’ for fact-checking organizations. Big-Tech Facebook, and other techs use IFCN for fact-checking contracts.

The problem, how can you trust IFCN, PolitiFact if it has a liberal-left bias, according to MBFC; All Sides rating. It would be difficult to ascertain if Politifact’s “fact-checking” is 100% honest.

It’s difficult to ascertain if Politifact’s “fact-checking” is 100% honest.

In 2020, Candice Owens’ video, posted on Nov. 12, 2020, was captioned, “Joe Biden is literally and legally not the President-elect. So why is the media pretending he is?” PolitiFact “fact-checked” and labeled her caption as “FALSE.”

After Candice Owens challenge PolitiFact, they removed the “false” rating. In short, The fact-checkers are lying for Democrats,” she twitted.

PolitiFact: Bias for Liberal-Democrat Obama administration, despite his controversies

A study from the George Mason University Center for Media and Public Affairs demonstrates PolitiFact.org, has rated Conservative-Republicans “claims false” three times as often as Democratic, an article in USA News claims.

Lichter’s study examined 100 statements involving factual claims by Democrats (46 claims) and Republicans (54 claims), which were fact-checked by PolitiFact.com during the four-month period from the start of President Obama’s second term.

Trump holds no bar in attacking Liberal-Democrats and left-leaning outlets like PolitiFact. He claims to have invented “Fake News” often made nasty remarks against mainstream media CNN, MSNBC, Atlantic, Guardian, Vox, PolitiFact, among others.

Poynter Institute via PolitiFact damns Donald Trump with a very low scorecard rating of 3-9% truthful with 119 checks; and 20-36% false with 526 checks.

No wonder, Trump said in Fox & Friends, “PolitiFact is a totally left-wing group,” This was in 2015, before Trumpism. Today far-left liberals crucify not just Trump but his conservative supporters attacked as well.

Although PolitiFact got most of its fact checking claims accurate, bias evidently casts a shadow of doubt on the institute.

Difference of Democrats and Republicans.