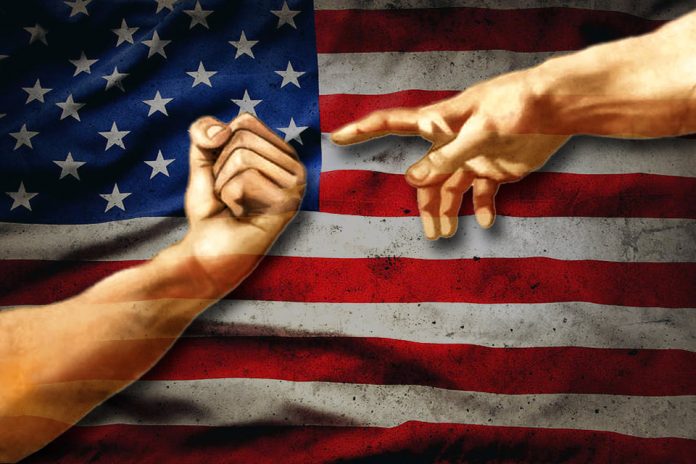 Data show 89% of liberals, who are atheist, identify as Democrat, and how that affects politics & religion

While party affiliation between liberals and conservatives remains almost in equilibrium, atheism doubled among Generation Z, according to Barna Research.

67% of Millennial who are atheist also lean Democrat

Younger millennials and Gen. Z represent 42.43% of the population in 2019, according to Statista. A growing number of them are Liberal-Atheists, where 67% lean Democrat, Pew data reveals.

Trend among atheist-immigrants according to Pew research

In 2018, about 1.5 million people said they practice Wicca or paganism, according to the Catholic News Agency. Hexing (demonic curse or voodoo) is widespread, says ex-Satanist John Ramirez. He was a warlock in “witch-infested” New York,” Ramirez said.

In 2021, hate crime spiked among Asians in New York. Unsuspecting Asians were pushed onto the rail track, which a former occultist said was “demonic influence.”

Interestingly, “white liberals” are significantly more likely to be diagnosed with a mental health condition, according to research.

1/n Two interesting findings thus far from my analysis of Pew’s March 2020 COVID-19 survey. First, white (and especially ‘very’) liberals are far more likely than all other ideological-racial subgroups to report being diagnosed with a mental health condition. pic.twitter.com/RynS9lk0jR

What it means politically for America

Although Conservatives continue to outnumber Liberals, Democrats kept recent gains, according to a Gallup survey. A ‘Liberal-Democrat’ in the White House who pushes for equality using the language of “political tolerance” will likely boost atheism in the country.

Christians are often Conservatives. Since the gilded age, they have been portrayed by Liberal-Democrats as social Darwinist, elitists, white supremacists, and capitalists. Republican leaders are blamed for causing the poor to get poorer because they enrich themselves through capitalism. [Difference of Democrats and Republicans]

Are Conservatives under attack?

What it means for Christian conservatives

Americans who believe in God sharply declined since 1999. Given that majority of atheists and agnostics are Democrats, lawmakers who are atheists may run in high numbers as well.

This means Christian persecution in the USA will likely increase because laws are created to protect certain rights, such as abortion and the Equality Act, that most Christian-Conservatives do not support.

Church attendance in the USA steadily declining since 2009

Christians going to church decreased to almost 50% while Catholic attendance is down by 24%. As seen in the recent election, anti-conservative sentiments are strong.

The bottom line, political and religious landscape in America radically shifted since ‘Trumpism’

America’s great divide happened with Trumpism; Democrats vowed to remove him by all means. When Biden took over, he reversed Trump’s policies. Biden also said he’d make abortion ‘Law of the Land’ if the supreme court overturns Roe v. Wade.

How the Republican and Democrat party developed in the...
Politics & Religion

Should You Take ‘Out of Shadows’ Seriously?

Is Out of Shadow 2020 documentary a "dangerous misinformation"...
Politics & Religion

Left-Democrat's Equality Act of 2021, legitimizing immorality in the...