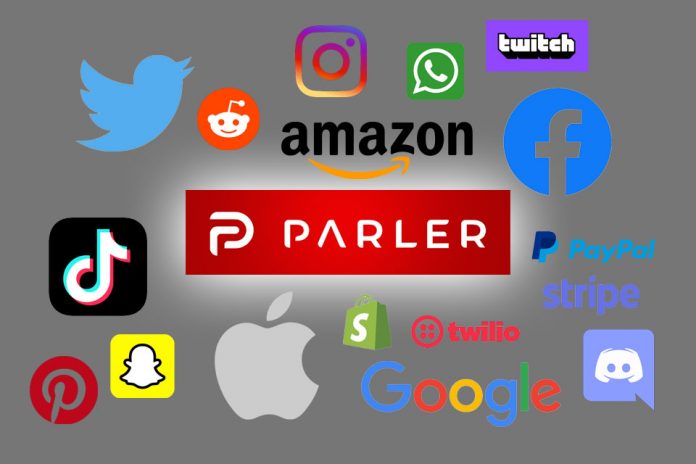 They were accused of spreading disinformation by PolitiFact-Checker. The reason, fact-checkers need fact-checking.

Parler and Signal became the No. 1 downloaded apps after BIG TECH canceled Trump. However, they shut Parler down and accused it of not moderating conservative voices, which is counterintuitive. [Business Insider]

On January 12, Deutsche Bank said they would no longer do business with Trump, despite years of relationship. Trumpism is taking its toll. [Reuters]

Who’s next to be taken down?

Last year, Facebook took down over 7 Million misinformation on Coronavirus treatment, according to WP. Stanford Lawyer and COVID frontline Dr. Simon Gold said she was “censored by social media,” Squarespace took down their website.

Conservative editor, Ben Shapiro puts it, “Imagine if, in the midst of the massive BLM riots this summer, the entire tech infrastructure had deplatformed Facebook because some had used that app to plan events devolving into violence…“

The unvaccinated blamed for COVID death and continued spread Family...