Texas Was Almost the New Philippines 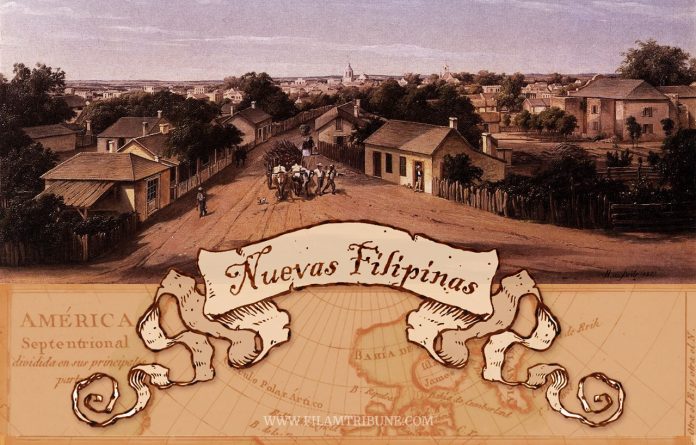 The original naming of Texas was “Nueva Filipinas,” the New Spain in America in 1718

In the 1540s Spanish explorers in the area took “teyshas” to be a tribal name, recording it as Teyas or Tejas (The great kingdom of Tejas). Eventually, this came to mean an area north of the Rio Grande and east of New Mexico.

Spanish conquistadors nearly ruled a third of the planet; the Philippines was its model colony. Spain hoped Tejas’ fate would be similar, as part of “New Spain” when the empire claimed ownership of Tejas in 1519. [Davidson]

In 1815 certain letters (spelling) were officially changed by Spanish orthographers. For example, the letter “j” to “x” thus changing words like “Tejas” into “Texas.” Still, the intended pronunciation would remain “j,” which was not the case for Americans. [SSUSA; TSHA]

Padre Margil de Jesus was a Spanish missionary who first referred to Texas as the “Nuevas Filipinas” or New Philippines in a letter to the King of Spain dated July 20, 1716.

He wanted to gain the favor of King Philip V. (Felipe el Prudente or ‘Philip the Prudent’). The goal of de Jesus was to evangelize Texas.

A letter from a Franciscan embassy expressed great hopes that this province (Tejas) shall be the “New Filipinas,” according to the Texas Historical Association. The name Filipinas or the Philippines was King Philip’s namesake.

Filipinas or the Philippines was King Philip’s namesake.

Governor Martin de Alarcon established “Spanish Texas” in 1716. He based the capital in San Antonio.

Extremadura is the landlocked region within the Iberian peninsula (Western Spain). It was the name used in about 1086, after the Christian conquest of the peninsula. Texas was dubbed as the new Filipinas (Spanish colony) and Extremadura (historical region of Spain).

In his journal of the expedition, Gobernador Alarcón calls himself “Governor and Lieutenant Captain-General of the Provinces of Coahuila, the New Kingdom of Filipinas Province of Texas.”

Settling for the name Texas

Towards the end of the 18th century, the name “Nuevas Filipinas” became outdated and out of sight. Legal documents eventually preferred to use only the word Tejas or Texas.

The Lone Star: From Spain to Mexico to its own nation of Texas

Texas was once its own nation. Hence the “lone star state.” Texas was part of Mexico who gained independence from Spain in 1821. They welcomed Americans to settle in Texas.

As they grew in numbers, these American immigrants, who outnumbered local Mexicans and Europeans—demanded independence. After winning the battles of the Alamo, San Jacinto, Tejas became the Republic of Texas in 1836.

In 1845, congress accepted Texas’ application to be the 28th state of the United States. Despite absorbing the country’s debts as a result of annexation, the move was justified as part of America’s “manifest destiny.”

The Caroline Islands in the western Pacific Ocean were historically called “Nuevas Filipinas.” They were once part of the Spanish East Indies and governed from Manila. [W.H. Rosser]

Theoretically, imagine if Spain held on to the Philippines as well as its colonies in America, the “New Filipinas” would have held true to its name today.

Filipinos worked in the Spanish-Manila Galleon (trading ships) for about 250 years. The earliest known record of Filipinos in upper California was in 1587.

In 1763, the first known Filipinos in Louisiana established themselves in the Bayou of Saint Malo. However, some estimates date it as early as the 1600s. These migrants were technically the first undocumented Filipinos in the USA.

The first documented Pinoy to settle in Texas was from Cebu. Francisco Flores settled at Port Isabel in 1822. He was a cabin boy in a merchant ship where he likely jumped off or escaped to make his way to the Southwest by way of Texas.

EARLY FILIPINO IMMIGRANTS TO THE USA.