Filipino-American Celebrities in the USA 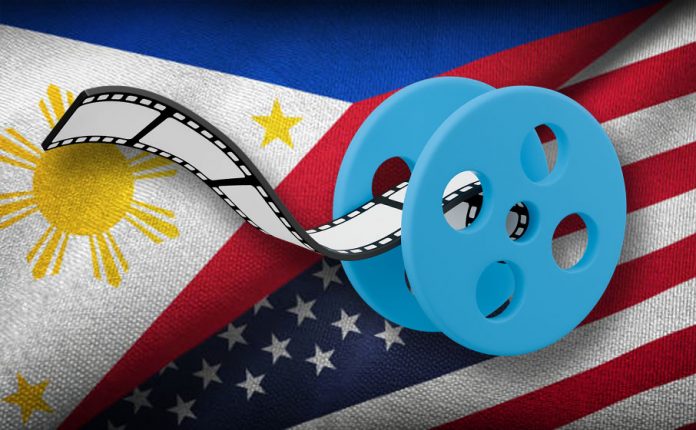 Most Influential FilAm Celebrities and Who’s Who in North America

Extremely talented, Alec got his first break as Song Liling in the Broadway plays M. Butterfly. He’s also a comedian and writer who appeared on Ugly Betty, Desperate Housewives, and Switched at Birth.

Significantly, he co-hosted a reality dating game show Transamerican Love Story and debuted in his one-person show, Alec Mapa: Baby Daddy made it into a concert film.

He had solo ventures and several sports gigs, but he got famous in his native country as one of the judges at The Voice Philippines.

Bruno Mars, and Peter Gene Hernandez, were born and raised in Honolulu. His mom is Filipino. Bruno released three studio albums and 27 singles, about 26 million albums and 200 million singles.

He’s got about 416 nominations and 130 wins from several award-giving bodies, including American Music Awards, MTV, Disney, BBC, Billboard, Grammy, and even the Guinness World Records.

American comedian, writer, and podcast born in Manila, Philippines, in 1992 to a Spanish father and Filipino mother. He starred as Joe Valencia Jr. in Jo Koy’s son in Easter Sunday movie in 2011.

In 2022, Brayden Maniago played the role of Somsack Sinthasom in Netflix’s docufilm Monster: Jeffrey Dahmer story. Somsack is the older brother of Konerak Sinthasom. The Sinthasom brothers were victims of Dahmer.

Brayden wanted to be an actor and studied acting at Caryn West’s Space for Actors. He’s also into martial arts (Muay Thai, Taekwondo, and Eskrima) and dances hip hop. He appeared in ‘Try Not to Eat Challenge – Odd Food Pairings in People vs. Food’ in 2019.

Caterina’s mom is Filipino with an American father. Although she’s not an actor or singer, Filipinos should be very proud of her accomplishments as an entrepreneur. She co-founded Flickr and Hunch. She was the chairwoman of Etsy and was recognized within Silicon Valley for her work as an angel investor.

Cathy Ang is part of the classic film remake Firestarter in 2022. She was born to Chinese-Filipino parents in Iowa. Her parents met at the University of Santo Tomas and immigrated to the USA to start their medical careers.

Charlyne is an American actress, comedian, musician, and writer. She is known as Dr. Chi Park in the medical drama House. But you’d know her voice as every Ruby on the Cartoon Network’s Steven Universe, the voice of Chloe Park on We Bare Bears, and the voice of Alice on Summer. Her mother is Filipino and of Spanish descent.

Christine is an American YoutTube star, actress, and comedian. She had a cameo appearance in T.V., movies, and training films. In 2008, she was appointed ambassador for Philippine tourism by the Department of Tourism.

He was the martial arts partner of the legendary Bruce Lee. Dan got other roles, but Hollywood veterans remember him as a martial arts teacher who taught Denzel Washington, Forest Whitaker, and Brandon Lee.

Of course, he’s well-loved as Drax the Destroyer in Guardians of the Galaxy. He also starred in about 40 films like Kickboxer, Blade Runner, Avengers, and the T.V. series Smallville way back.

She stars as Cassandra Cain, or Batgirl, Birds of Prey. Batgirl will be one of the few D.C. heroines portrayed by an Asian actress in the D.C. film universe. She plays opposite Hollywood megastars Margot Robbie and Ewan McGregor.

Enrique Iglesias started his singing career in the mid-1990s. He’s the son of one of the world’s most famous Latin balladeers, Julio Iglesias.

He’s considered one of the biggest stars in Latin America and the Hispanic market in the United States. His mother is a Filipina-Spanish socialite.

Iglesias is one of the best-selling Latin music artists, with over 70 million records worldwide. He has 27 number-one Spanish-language singles and top-five singles on Billboard.

According to Billboard magazine, Enrique is the 14th most successful and top male dance club artist.

Also, a Filipino-American comedian, Eugene, starred in Crazy Ex-Girlfriend, The Good Place, and Steven Universe. He also did voice talent and stars in the Tacoma F.D. series. He had recurring roles in House of Lies and appeared in a few films.

Noblezada made her Broadway debut as Kim in a revival of Miss Saigon. She was nominated for a 2017 Tony Award for Best Actress in a Leading Role. In 2019, Eva was voted a favorite leading actress in a musical at Broadway Audience Choice Award.

Eva was part of the film Easter Sunday in 2022 and currently stars as Eurydice in Broadway’s Hadestown musical.

Haille is a singer-songwriter and actor. Her breakthrough was in True Grit, where she earned an Oscar nomination for Supporting Actress. Subsequently, she had many offers, like Ender’s Game, Romeo & Juliet, and the Pitch Perfect series.

She was nominated for Golden Globe for Best Actress in The Edge of Seventeen. She’s also the voice of Gwen Stacey in Spiderman: Into the Spider-Verse and Bumblebee.

She currently stars as Emily Dickinson in the Apple TV+ series. Her performance in True Grit (2010), “I have Filipino blood in me, and I’m so proud of that,” she said in a PEP interview at Polo Hotel, Ortigas. Her lolo, Ricardo Domasin, is half-Filipino and rooted in Bohol.

Hagedorn was born in Manila; her mom was Filipino-Spanish. She moved to New York City to pursue playwriting and music in 1978. Since then, she has produced and done songs and poetry and wrote the novel, Dogeaters.

After its publication in 1990, her novel earned a 1990 National Book Award nomination and an American Book Award. In 1998 La Jolla Playhouse produced a stage adaptation. In 2001, the play adaptation premiered off-Broadway at The Public Theater.

His awards include the prestigious “Stand-Up Comedian Of The Year,” 2018 Just For Laughs Festival, Montreal.

“Jokoy” had highly-rated comedy specials on Comedy Central and Netflix. He’s become famous for having a #1 spot on Billboard Charts. Netflix had a special on him, ​Comin’ In Hot.

Jo’s American father was stationed in the Philippines in the USAF when he married Koy’s Filipina mother.

He first got his big break in Miss Saigon’s original 1989 London cast. Jon Jon starred opposite Lea Salonga as the Engineer. Since then, he’s done more than 20 T.V. shows and at least 16 films, such as Proud American, Blood Ransom, and American Horror Story.

Jon Jon played the role of Modesto Cunanan, the father of Andrew Cunanan, who murdered Gianni Versace in the critically acclaimed The Assassination of Gianni Versace: American Crime Story.

Kieran Tamondong portrayed the role of one of Jeffrey Dahmer’s victims, Konerak Sinthasomphon. Tamondong was born in Los Angeles. He is also a black belter and a 17-time World Karate Champion, and he was only 13 years old then.

Liza has a notable career in T.V. in supporting roles such as Sex and the City, Law & Order, Dexter, ER, Traffic Light, Don’t Trust the B—- in Apartment 23, and NCIS. She also starred in Cloverfield, 21, Fast & Furious, Crazy, Stupid, and Love.

He’s best known for his critically acclaimed roles in the ’80s and ’90s films La Bamba, Stand and Deliver, Young Guns, and The Big Hit.

Manny is a Filipino-born Canadian actor. He began with bit roles until he landed as the endearingly clueless Jason Mendoza, representing “kindness” in the hit show The Good Place. He’s also on the cast of the ‘Top Gun’ movie.

He starred opposite Keanu Reeves in John Wick: Chapter 3 – Parabellum. He played the villain Zero. Decades earlier, he starred in Kickboxer 5, The Island of Dr. Moreau, and No Code of Conduct, about twenty movies on his list.

Monique Lhuillier is the Philippines’pride in international high fashion. Born in Cebu, she is known for her bridal, ready-to-wear, and lifestyle brand. She launched her eponymous brand in 1996 and has since established fashion houses in Los Angeles, where she lives and works.

Lhuillier also has stores in other parts of the U.S., including MManhattan’sUpper East Side. After she married Monique and her husband, Tom Bugbee, established a growing fashion empire.

Famous Hollywood celebrities and Filipino tattlers wear her works. She has at least 1.5 million followers as of 2021.

He began his career as a stand-up comedian. Nico got the role of Mateo on the sitcom Superstore. His comic-relief character earned him the CCritics’Choice Television Award for Best Supporting Actor in a Comedy Series.

Nick Vera Perez is a singer and recording artist for Warner Music. He is a nurse by profession who studied at Walden University. He hails from Quezon City and currently lives in Chicago. In the Fall of 2022, Nick released “Unafraid,” an all-original and inspiring Gospel album.

Nicole Scherzinger is an American singer, songwriter, dancer, actress, T.V. personality, and model. Born in Honolulu, her father is Filipino. Nicole was the lead singer of the Pussycat Dolls. The group became one of the world’s best-selling girl groups of all time.

In 2010, she was judged on the American version of The X Factor. The following year, she signed a $4.5 million record deal. In the next few years, she enjoyed various performances, including her West End debut as Grizabella in 2014 for the musical Cats.

Nicole was nominated by Laurence Olivier for Best Actress in a Supporting Role in a Musical (Cats) and Best Judge at the National T.V. Award. From 2019 to–the present, Nicole has been busy with Reality T.V. judging.

Paolo is best known for being the first Filipino and Asian Prince Charming in RRodger’sand HHammerstein’sCinderella in 1997. At that time, racial diversity was a new idea. Despite being Asian, public reception was, in fact, positive.

Critics gave Paolo two thumbs up for his charm and performance. He also starred in the hit T.V. series Mortal Combat Conquest. His other works include The King I, Man of La Mancha, Kiss, and the Flower Drum Song.

HHe’sone of the talented writers behind Crazy Ex-Girlfriend. Rene is a writer, producer, and actor on the C.W. show. Young and talented, his work is mainly on comedy T.V., such as Ground Floor, Men at Work, and Brockmire.

Pretty Shay is a famous television actress who landed roles in Pretty Little Liars and NNetflix’sYou. Her mom is from Pampanga; his Dad is Canadian. She got her big break in a teen drama series Degrassi: The Next Generation.

Parents of Pinoy immigrants, Tobit is known for his role as Yo-Yo Santos in the 2013 film, The Internship alongside Owen Wilson and Vince Vaughn. He starred alongside fellow Filipino actor Lou Diamond Phillips in Quest: The Truth Always Rises.

He turned heads as the romantic and handsome lead in the musical comedy-drama of Netflix’s Crazy Ex-Girlfriend—cast in a straight role—despite being an open gay. Vincent also teaches dance in a studio, schools, and colleges. From song interpretation to broadway and mock auditions. His parents are Filipinos from Manila.

He last appeared in the T.V. suspense Insatiable in the movie White Snake and Ne Zha in 2020. His stage acting includes Xanadu, Here Lies Love, and DDisney’sHunchback of Notre Dame. Vincent is married to Gregory Wright.

Vanessa Joy Lachey was Miss Teen USA in 1998. SShe’salso a model, actor, and N.Y. correspondent for Entertainment Tonight, among other T.V. stints. Her mother, Helen Bercero, is from Manila.

She met Nick Lachey, the lead singer of 98 Degrees, when she appeared in the music video “What’sLeft of Me” in 2006. They got married in 2011. In February 2020: Nick & Vanessa Co-Host NNetflix’sreality show, Love Is Blind.