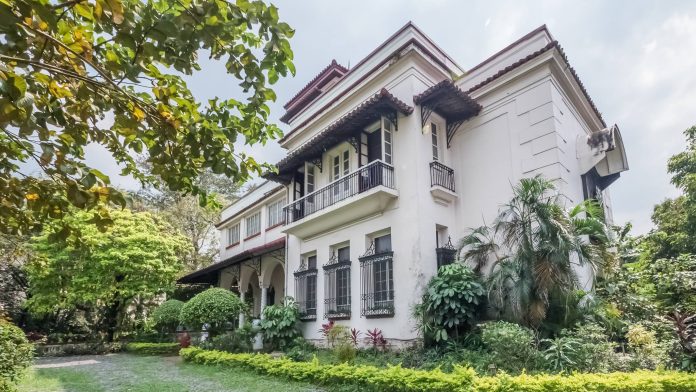 Benitez Mansion in Mariposa, an Enduring Historical House opens its door to the public

In 2018, MiraNila opened its once-private door to the public. Built in 1929, the Benitez ancestral home became a ‘Historical House’ in 2011. The mansion is one of the best examples of Filipino architecture that blends Spanish-Italian Art Deco.

The design was inspired by a catalogue of Florentine houses that by three sisters of Francisca and Conrado Benítez from a Europe trip served as reference for the design. The Benitez couple themselves were responsible for the architectural design of the building and opted not to commission an architect

The naming of Mira a Manila!

In 1932, 18 years old Helena saw fire raged in the distant Intramuros. “Mira a Manila!,” (Look at Manila), she shouted in despair. Decades later, her descendants used the phrase as the namesake of the house, when it opened its doors to the public.

The matriarch, Francisca Tirona-Benitez, refused to leave her beloved home during the Japanese occupation of Manila in 1942. She feared they would ransack and destroy the house.

Fortunately, they treated it with enough respect by removing their boots and even cleaning the house—the Japanese way. Then she left knowing her home was safe. However, some neighbor’s homes weren’t spared, including that of Abad Santos.

Twenty years after the war, a gardener discovered 72 undetonated mines planted by the Japanese army across the estate. The U.S. First Cavalry helped decommissioned them.

Located in 26 Mariposa Street Brgy. Bagong Lipunan ng Crame, Quezon City, the property used to be surrounded by birds and butterflies, the reason for naming it Mariposa. Nearby LVN Pictures in Cubao filmed the movie Satur in the Benitez compound in 1951.

The mansion is home to 4,000 books, paintings, letters, and art collections. Full of history, dignitaries stepped foot in the house including Presidents Quezon, Quirino, Laurel. As well as Gen. MacArthur and Dwight Eisenhower.

Paintings that adorn the house museum

Time froze in MiraNila, where you can appreciate the family’s personal belongings and a myriad of art objects that Helen Benitez cataloged herself.