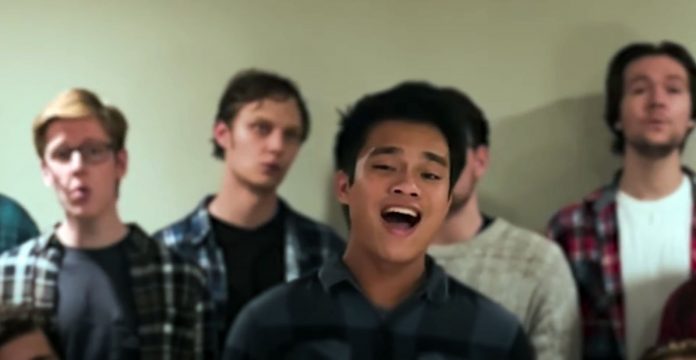 Brocal Chords is an all-male acapella vocal group from Drake University. The group of about fifteen guys or so has diverse vocal textures. Together, they create a fantastic harmony.

Mio Legaspi sang the vocal solo for a Ben Abraham cover – “War in Your Arms.” Although he sings bass, the young tenor’s silky voice rises above the group’s highs and lows, recreating Abraham’s music and turning it into their own brand of music.

Mio is no stranger to music or art. He is a Legaspi scion, the great-grandson of Philippine National Artist Cesar Legaspi, and the nephew of singer Celeste Legaspi.

Brocal Chords has been around since 2011.

About “War In Your Arms”

The song is about reaching that point in a relationship where you realize that holding onto each other is just causing pain and heartache, and it’s time to say enough is enough.

This paradox is a central theme in Ben Abraham’s album. For him, the song is deeper than just being about a person.