How Mainstream Media could be manipulating us 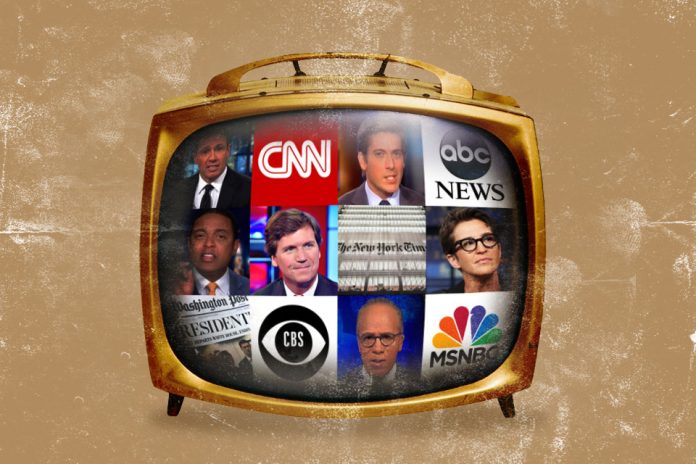 Equally troubling is the apparent muzzling of conservative voices and branding it dangerous, using biased fact-checkers.

Donald Trump claims he invented the phrase “Fake News.” It first became famous when he used it on CNN. Conservatives often referred to mainstream media (MSM) until MSM outlets began using it to deflect growing criticism.

During the election campaign, NPR reported Facebook, and Twitter, limited sharing of a New York Post story that could damage Joe Biden’s image. Although NPR exposed it, they defended both media giants by including why the move was justifiable.

In 2021, All Sides labeled NPR News as biased to the left. The company purports its reporting is balanced.

CONSERVATIVES UNDER ATTACK IN AMERICA.

CNN and Fox News represent extreme media bias, while the rest of mainstream media alarmingly leans to the left.

“Victors write history,” and those with the resources can say whatever they want. With no historical accountability or fact-checkers, there is no way to know the veracity of claims we watch on YouTube.

For example, to attract millions of subscribers, some channels produce life-hack contents that don’t work but is brilliant enough to be shared literary a million times. In other words, “they lie professionally.”

Ann Reardon of How to Cook That YouTube channel exposed some of these dubious production company that creates “fake content.”

We did our homework and watched a few videos about American history. In the middle of the video, the narrator suggested Republicans are “white supremacists.” What he did not say was that Republicans opposed slavery.

However, the portrayal of BBC was a first and at a time when Black Lives Matter dominated media. Perhaps they were trying to make a point, hence tokenism.

In the Philippines, the Marcos family, who has been branded the most corrupt family for three decades, is now hailed by millions of Filipinos as heroes. Their nemesis, the Yellow Movement, accuses them of using social media to push their version of history.

DIFFERENCE BETWEEN LIBERALS AND CONSERVATIVES.

At the height of Black Lives Matter pillaging cities, MSM said, “It’s a mostly peaceful rally.” But when Trump’s supporters (primarily Republican conservatives) entered the capitol, it was an insurrection.

As BLM cried for defunding police, Atlanta Journal published a Black cartoon. The boy hiding under the table said, “This feels like preparing for a cop to show up.” Ergo, cops are bad guys.

In 2022, the world’s second-richest man Elon Musk bought Twitter. For years, the platform has been suspending and regulating conservative accounts and tweets that they label “false information.”

For example, conservative actor James Woods alleged he lost tens of thousands of followers since the crackdown on conservative voices during the Trump era.

Wood’s followers increased by 62,000 in one day after billionaire Elon Musk was set to buy Twitter. The billionaire Musk pledged to support free speech.

4. Identity politics that supports Democrats and its left-liberal ideology

NBC Reporter covered up for Biden in 2021

What appears to be damage control, the NBC reporter said the crowd was chanting, “Let’s Go, Brandon.” Trump has labeled NBC as “fake news,” criticizing the media giant.

By 2022, it was clear that Biden, who mainstream media supported, successfully pushed left-liberal ideologies. His accomplishments ranged from placing America’s first transgender Assistant Secretary (for health) and the Gender Equality Act of 2021, legitimizing immorality.

In 2018, WhatsApp was accused of causing a misinformation crisis in Brazil and India to produce a political outcome. Rumors on the platform ignited a political division that led to mob violence and deaths.

MSM pushes fear by saying climate change leaves us hopeless when it is a natural phenomenon or police officers are dangerous, even if they are not.

On June 17, 2021, Juneteenth (July 19) became a federal holiday commemorating the end of slavery in 1866. It’s added to the list of “Black privileges” other minority groups do not have.

However, CNN, criticized for “race-bating,” headlines, “A federal holiday dawns as rights of Black Americans under assault.”

In March 2021, Emmy Award-Winning News Anchor Kari Lake quit mainstream media. “In the past few years, I haven’t felt proud to be a member of the media. I’m sure there are other journalists out there who feel the same way,” she said in this video.

“I found myself reading news copy that I didn’t believe was fully truthful – or only told part of the story,” she said in this video. Kari felt her profession contributed to the country’s fear and division.