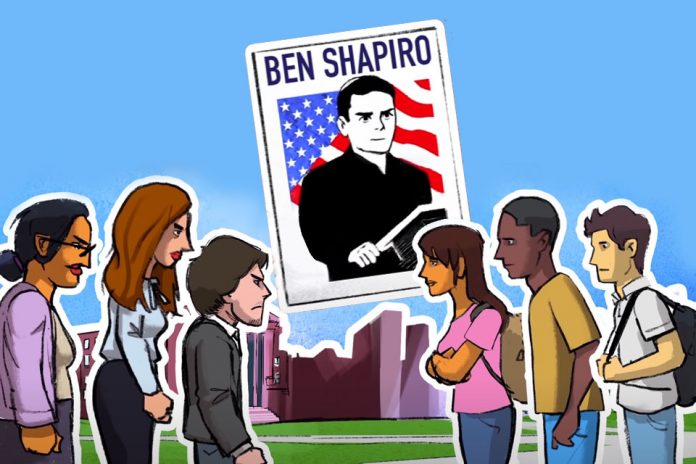 A group of California State University Los Angeles (CSULA) students decided to bring in conservative speaker Ben Shapiro to discuss diversity. They were faced with an angry mob of students and professors — and received no support from university officials.

These students’ first amendment rights were violated because of their conservative opinions.

According to clinical psychologist Jordan Peterson, teachers and professors teach students a dangerous liberal ideology. On the campus of CSULA, students became violent to prevent Ben Shapiro from speaking:

Ben Shapiro’s topics range from why limited government is essential; to individual freedom, traditional values, and free enterprise. Using data, Shapiro explains why diversity becomes a problem, especially when it begins to impinge on individual rights.

In 2022, conservative book author and associate of Ben Shapiro, Matt Walsh, was scheduled to speak at the University of Wisconsin-Superior.

Some students were upset over the planned Q&A event and accused the administration of allowing “hatred” on the campus. The event was sponsored by Young America’s Foundation (YAF).