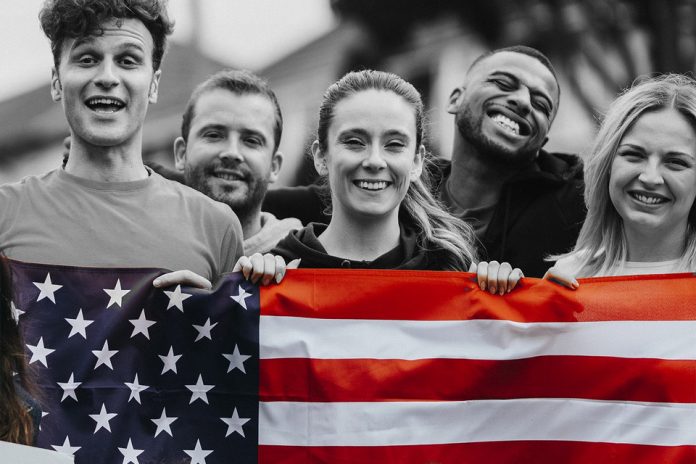 LGBTQ Milestones: The progression of ‘Gender Equality’ peaks in 2021

The topic of LGBTQ rights is one of two polarized ideologies in America. For example, the Westboro Church’s obnoxious and homophobic rant did not help win the gay community.

On the opposite spectrum, Democrat politicians vowed to support them. LGBTQ rights made history in 2015. After Trump left, Democrats in 2021 pushed the envelope to completion.

The first gay pride marches were held in multiple cities across the United States on the Stonewall Riots’ first anniversary, including San Francisco and Los Angeles, West Hollywood.

Billy Crystal plays Jodie Dallas — a gay man having an affair with a famous quarterback contemplating gender-reassignment surgery — who becomes one of the first gay dads on television.

Gilbert Baker was gay and a drag queen who designed the first rainbow flag. Originally, pink and turquoise stripes were included, but they had printing issues. In 1994, the rainbow flag became the symbol of LGBTQ pride.

After people became aware of AIDS after the New York Times published its story, “rare cancer seen in 41 homosexuals”, the Red Ribbon, a symbol for the fight against AID, Hollywood celebrities made famous by adopting it.

Don’t Ask, Don’t Tell – allowing gays and lesbians to serve in the military without discrimination as long as they stayed in the closet – becomes official U.S. policy. seen as discriminatory, bolstering the fight to support gay rights

Ellen DeGeneres came out as a lesbian on The Oprah Winfrey Show. Her coming out was significant because her personality wasn’t polarizing. It brought her to stardom. Ellen became the gay icon. [Wiki]

Massachusetts was the first U.S. state to legalize gay marriage and issue a license. About 6,200 same-sex couples were married, and more than 60% were lesbian couples.

2011, the LGBTQ curriculum forge its way into schools

California, known for its left-liberal progressive policies, became the first state to pass a law requiring schools to teach LGBT history in 2011. Colorado and New Jersey followed in 2019.

The intention is good—to make schools safer for ostracized LGBTQ. However, it was also the beginning of how demonic destructive forces will come into play a decade later.

In 2015, the Every Teacher Project LGBTQ inclusive education in Canada’s K-12 schools was introduced. By 2019, an LGBT-inclusive curriculum guide was launched for U.K. primary schools.

In 2020, another Democratic Governor in Illinois did the same thing, and other liberal states are set to follow. In 2021, California’s Democrat governor included a 3 million budget to train teachers on LGBTQ issues.

These historic mandates “include a study of the roles and contributions of lesbian, gay, bisexual, and transgender people in the history of this country and this State.”

NFL football player Michael Alan Sam Jr. announced on ESPN he is gay. His coming out was significant because hypermasculinity was all over sports. Nearly 30 athletes have come out gay since then. NBA player Jason Collins was the first to come out in 2013.

LGBTQ curriculum forged its way into some public schools in the UK, Canada, and Australia. Although incidental, DQSH or Drag Queen Story Hour is its opening act.

First introduced in the liberal state of San Francisco, California, in 2015, it has worked its way into elementary schools, libraries, and kids’ events.

In the same year, same-sex marriage was upheld by the Supreme Court. The “gaying of America” has come in a full circle.

Obergefell v. Hodges was a landmark decision of the Supreme Court that voted 5-4 for the right to marry same-sex couples. It mandated all states to allow gay marriage legally.

A bathroom bill in North Carolina was approved in 2016. A male who identifies as female can use a women’s bathroom and vice versa. DOJ also stated schools must treat a student’s gender identity as their sex (for example, regarding bathrooms). [Wiki]

LGBT initialism began in 1988. The word “Queer” meant peculiar first appeared in 1513. In the 1990s, it became pejorative and derogatory for homosexuals. The Q initial was added in 2018 to form LGBTQ.

Mainstream media adopted it because it was more inclusive. In 2020, dictionary.com adopted Filipinx as a gender-neutral pronoun for Filipinos.

Harvard Medical School (HMS) launched the Sexual and Gender Minorities Health Equity Initiative (SGM). It expanded the 4-year curriculum of errors about sex and gender that it is immutable and heterosexuality should not be the default. [HMS]

Desmond Napoles (born June 2007), AKA Desmond, is Amazing. She is America’s teen drag superstar who became a “Trans child icon” after the book, Be Amazing: A History of Pride, a children’s picture book, was published in 2020. [Desmond]

Harry’s move was significant because he had millions of young followers. His influence broke the gay stereotype in his generation.

Immediately after Trumpism, the House introduced gender-neutral language as a new rule for Congress. At the same time, the White House added multiple genders on its website. [The Hill]

More profound was Joe Biden’s Gender Equality Act of 2021. It sought to remove all hurdles the LGBTQ community face. It includes being discriminated against by Christians who refuse to serve the gay community.

At the same time, he selects transgender Dr. Rachel Levine, who supports gender reassignment for minors, as Assistant Health Secretary.

To rebrand NFL, they included male transgender people in the cheerleading squad. Founded in 1962, the “First Ladies of Football” program is now on indefinite hold.[USA Today]

At the height of BLM looting and riots, NFL supported the Marxist organization by asking athletes “take a knee.” A few refused.

Former WWE star Gabbi Tuft came out as transgender. She previously wrestled under the ring moniker Tyler Reks. It wasn’t easy but she said in People magazine that he’s always felt this way before.

Her daughter was worried that people might make fun of her once her dad comes out gay and transgender, but Tuft assured her of her love. Gabbi and her wife Priscilla are still together, although their sex life has changed.

For example, refrain from saying “mom and dad” and use “grown-ups” or “folks.” Instead of saying “husband,” “wife,” “boyfriend,” or “girlfriend,” say “partner.”

Leyna Bloom is the first transgender Asian woman of color to appear in the Sports Illustrated swimsuit issue. Across America, mainstream media celebrated it and called it a “historic achievement.” [GMA]

The California Department of Education’s recommended reading list promotes books for kindergartners about students transitioning and for high schoolers about students kneeling (akin to protest) during the national anthem.

According to the California Policy Center., the recommended reading list is housed in the “curriculum and instruction resources” section of the California Department of Education’s website, suggesting dozens of books for each age group.

Immediately after President Biden took office, the White House website updated its inquiry page to have room for other pronouns. Since then, companies, schools, and even some churches have pushed for tolerance.

They embraced the new trend of using he/her, he/his, she/her, they/them pronouns. These are on top of other LGBT labels.

In 2016, GLAAD added “Q” (Queer) to the LGBT initialism used for decades. However, we see a new trend in 2022 where LGBTQA, or better yet, LGBTQIA, is the more acceptable acronym instead of just saying “gay” or the outdated term “homosexual.”