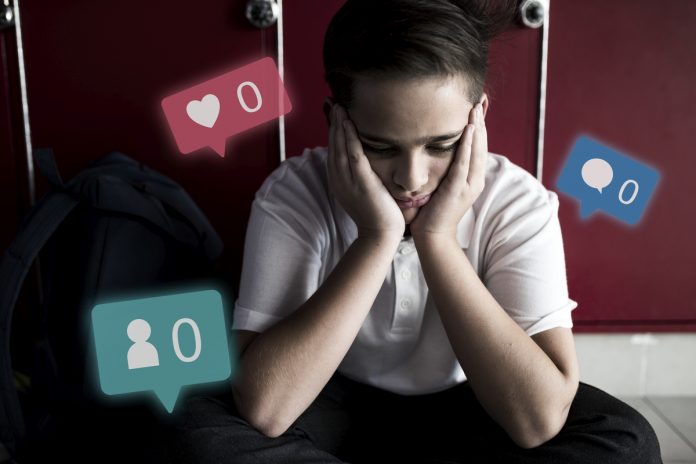 Knowledge, entitlement, and social contagion may be the root cause of depression and suicide among teenagers

According to Pew, many American teenagers face depression and suicide. The phenomenon is worldwide, and the Bible gives us an idea of why it is happening in this generation. [Depression in the Bible]

Satan can cause depression and anxiety. He uses an army of devils, lies, deception, and fear. He has this ability when we give Satan a foothold. [Root cause of depression]

Scientifically, there are teens who get easily depressed because it’s their genetic make-up. For example, neuroticism, which is a tendency toward negative emotions, can be inherited. We can blame the genes, but the Bible calls it a “sinful nature.” [Neurosis in the Bible]

The spike in depressive symptoms began in 2008, a year after iPhone was introduced. Since then, more people have had broad access to internet information at home or on the go. The connection between increased knowledge and depression is self-evident.

Pew Research
In 2008, however, the percentage of internet users looking online for information about depression, anxiety, stress, or mental health issues rose to 28%, a statistically significant increase.

Daniel 12:4
Many will roam about, and knowledge will increase.

The connection between increased knowledge and depression

Today, younger people are entitled because they know too much and think they know better. Attaining knowledge quickly (through the internet) discourages them from submitting to authority or obeying their parents.

For example, more students today fail in America because they can ask Siri or Google for anything. There is no need for academic excellence. When a parent pushes a child to study, there is resistance that opens other doors for them to disobey.

2. Boomers and an entitled, lazy generation

Older folks (pre-smartphone generation) find it amusing when young people complain about how stressful or depressive life is.

Naturally, boomers experienced a more difficult life and learned to live for others. They were devoid of many conveniences kids have today yet they are mocked for it.

As a result of too much comfort, a little discomfort causes them anxiety. We are facing a self-centered generation whose goal is “all about me.”

a little discomfort causes them anxiety.

3. Social contagion of a rebellious generation

In the last days of the earth, the Bible warns us that people will be lovers of self, lovers of money, proud, arrogant, abusive, disobedient to their parents, ungrateful, and unholy. [2 Timothy 3:2]

This is evident in many American schools today. For example, there are high school districts in Illinois that allow students to wear whatever they want in school, even if it is inappropriate. They can choose to participate in the pledge of allegiance or ignore it.

Teenagers are given more leeway, freedom, and pacing that end up in entitlement. The problem has become a social contagion.

A survey indicated that teachers experience different kinds of disrespectful behavior, from rude conversations to threats of violence. Profanity is not just common in schools but movies and music as well.

Hence, a social contagion of rebellion. A rebellious heart opens the door for the enemy Satan to destroy someone through lies and feelings of condemnation, which all begins in the mind.

Pen and markers art of Rommel Cahilo Rommel "Rom" Cahilo is an architect and illustrator based in Pasig City. While...

The Don and Doña titles of Filipino nobility during...