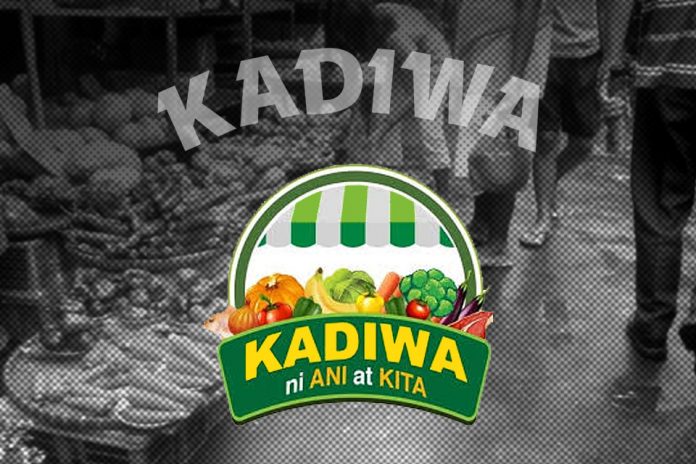 What is the KADIWA Center?

KADIWA is a combination of two words, “Ka,” short for “Kasama,” and “Diwa,” for “sigla or kalooban.” “Ka” was used by the National People’s Army (NPA), to mean “comrade.”

Combined with “Diwa,” it created a buzzword for mass appeal that meant “oneness.” The KADIWA brand alluded to NPA’s call for “oneness” as well. It was the perfect balm to soothe poverty and growing resentment.

As Minister of Human Settlement, Imelda Marcos established the low-priced grocery in 1980. Fresh vegetables, fish, and meat were procured directly from the farmers at government rates. The same principle applied to other essential commodities, retailed at affordable prices.

Food Terminal (FTI) in Taguig was a private corporation until April 1979. The Ministry of Human Settlement took over and classified FTI as Government-Owned and Controlled Corporation. It became a subsidiary of the National Food Authority and engaged in wholesale commodities.

A year after, it handled the basic retail food for KADIWA. On April 14, 1980, the first KADIWA Center welcomed the public at the FTI Complex in Taguig.

Imelda’s ambition was to make KADIWA available to the farthest reach, thus came the KADIWA Rolling Stores. A total of 252 KADIWA centers were established until it stalled following the 1986 EDSA revolution.

When Cory Aquino stepped into power, several Marcos projects were discontinued, including the centers. However, places known as the KADIWA center retained their identity, but not the management. The Taguig property was sold to the Ayala Group by the Aquino administration.

In 2019, the Department of Agriculture (DA) revived the Marcos-era KADIWA store system. Incidentally, Rodrigo Duterte established the Department of Human Settlements and Urban Development (DHSUD) in the same year.

On October 14, 2019, Manila Mayor Isko Moreno Domagoso, with the DA, launched the KADIWA store inside the Manila City Hall. The Mayor hopes LGUs from 1,600 municipalities will adopt the project. [PNA]

In March 2020, San Miguel Corporation, with the DA, began producing the Nutribun and stationing mini-KADIWA centers in Petron Stations. Nutribun and KADIWA were projects of Imelda. However, some view its resurgence as Marcos propaganda in a time of plague.

In the 2022 presidential elections, Bong Bong Marcos won via landslide, indicating that the Yellow revolution had ended after four decades.

SOLUTION TO SOCIAL INEQUALITY IN THE PHILIPPINES.