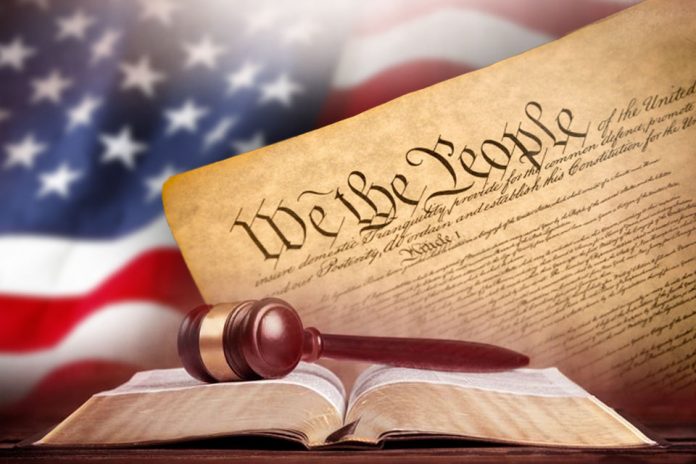 The Judeo-Christian Roots and Bible Pararells of how the U.S. Government formed, Declaration of Independence, Constitution, and its Political Obligations

God in the Declaration of Independence

The founding fathers recognized the existence and providence of God. It is reflected in the Declaration of Independence and State Constitutions. However, the U.S. Constitution has no direct reference to the divine. [Christianity and Constitution]

From 1720 to about 1835, the country experienced two great awakenings that bolstered Christian faith in America.

Religious piety was widespread among the founding fathers. Likewise, domesticity, wrongfully dubbed the “cult of domesticity,” was a norm among women. Undeniably, Biblical values permeated the culture and everyday life.

The authors of the Declaration of Independence, signed on July 4, 1776, acknowledged God in this public document.

“We, therefore, the representatives of the United States of America… declare that these United Colonies are, and of right ought to be free and independent states; And for the support of this declaration, with a firm reliance on the protection of Divine Providence, we mutually pledge to each other our lives, our fortunes, and our sacred honor.”

Biblical Parallel: In righteousness, you will be established: Tyranny will be far from you; you will have nothing to fear. Terror will be far removed; it will not come near you. If anyone does attack you, it will not be my doing; whoever attacks you will surrender to you. (Isaiah 54:14-15)

2. Endowed by their ‘Creator’

The Declaration acknowledged man’s God-given human rights. The mention of the “Creator” as a noun directly referenced the God of the Bible—the faith they held.

“… that they are endowed by their Creator with certain unalienable rights, that among these are life, liberty, and the pursuit of happiness.” (Declaration of Independence)

Biblical Parallel: God created man in His image, in the image of God He created him; male and female He created them. God blessed them; and God said to them, “Be fruitful and multiply, and fill the earth, and subdue it; and rule over the fish of the sea and the birds of the sky and over every living thing that moves on the earth.” (Genesis 1:27-28)

God in the U.S. Constitution

Although the United States Constitution does not reference the Almighty God directly, some references point to Him.

The founding fathers of America were primarily theists; some were deists. They designed the Constitution to be neutral in matters of religious faith. Many of them were rationalists who believed in God in the Judeo-Christian tradition.

3. All Men are ‘Created’ Equal

The Consitution has an allusion to Biblical principles such as God’s definition of equality and creation, defined as “created equal.”

“We hold these truths to be self-evident, that all men are created equal.” Declaration of Independence “No title of nobility shall be granted by the United States” U.S. Constitution, Art. I, Sec. 9, Paragraph 8)

“No state shall pass any law impairing the obligation of contracts.” (U.S Constitution, Art. I, Section 10, Paragraph 1)

Biblical Parallel: If a man makes a vow to the Lord or takes an oath to bind himself with a binding obligation, he shall not violate his word; he shall do according to all that proceeds out of his mouth. (Numbers 30:2)

“No person shall be convicted of treason unless on the testimony of two witnesses to the same overt act, or confession in open court.” (U.S Constitution, Art. III, Section 3, Paragraph 1)

6. No Corruption of Blood

“… but no attainder of treason shall work corruption of blood or forfeiture except during the life of the person attainted.” (U.S Constitution, Art. III, Section 3, Paragraph 2)

Biblical Parallel: “No one shall take a handmill or an upper millstone in pledge, for he would be taking a life in pledge. (Sundry law, Deuteronomy 24: 6)

“If any bill shall not be returned by the President within ten days (Sundays excepted) after it shall have been presented to him, the same shall be a law, in like manner as if he had signed it.” (U.S Constitution, Art. I, Section 7, Paragraph 2)

Biblical Parallel: “Remember the sabbath day, to keep it holy. Six days you shall labor and do all your work, but the seventh day is a sabbath of the Lord your God; in it, you shall not do any work, you or your son or your daughter, your male or your female servant or your cattle or your sojourner who stays with you. (Exodus 20:8-10)

8. Separation of Church and State

“Congress shall make no law respecting an establishment of religion, or prohibiting the free exercise thereof. (First Amendment, U.S. Constitution)

References to God or the Divine are mentioned at least once in each of the 50 state constitutions. According to Pew Research analysis, the reference to the Creator in each state constitution is about 200 times.

Interestingly, most State Constitutions do not allow atheists to hold public office. However, such a law isn’t enforced. The U.S. Constitution protects the rights of everyone—including a godless person.

9. God, Supereme Being, Ruler, or Divine stipulated in all 50 State Constitution

According to Pew Research, 46 out of the 50 states mention “God,” with 34 states saying it at least twice. The 3 states, Colorado, Iowa, and Washington used “Supreme Being” or “Supreme Ruler of the Universe” at least once.

Hawaii’s Constitution refers to God as “Divine Guidance” in its preamble. In contrast, there are 8 references to God in Massachusetts’ Constitution, while New Hampshire and Vermont have 6 references.

The founding fathers were religious “rationalist deists,” some theists, others were Christians.

RELATED ARTICLES:
How Republicans & Democratic Party formed.
Decline and fall of the USA.