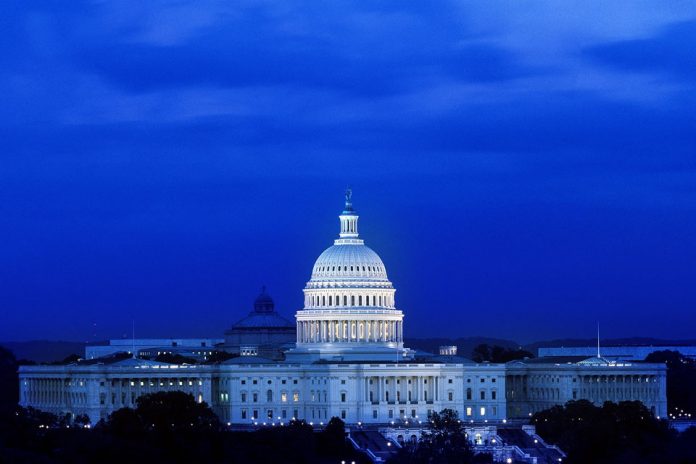 When a far-left liberal government, steep in self-adulation, rewards evil but punishes the good

For decades, America has been in all forms of idolatry, hedonism, and materialism. Liberal-progressive politicians are “making laws to make the insane feel normal,” said John Macarthur.

These leaders, who some claim to be Catholics, support what God calls evil. Professing to be wise, they became fools. (Romans 1:22-32). No wonder, His wrath has been unleashed, especially in cities that abandoned God.

For example, Democrat cities like Seattle, San Francisco, Portland, and Minneapolis have the lowest rate of religious affiliation.

The economy is worse in the Democrat-led blue states, but a study found that the six years with the best growth were evenly split between Republican and Democrat presidents. [Hudson Institute]

The Bible: They exchange the truth of God for a lie

It’s not only the far-left Democrat politicians that make the USA into an “evil kingdom,” but “woke churches” who have exchanged the truth with a lie, emphasized MacArthur in his other sermons.

God gave them over in the lusts of their hearts to impurity so that their bodies would be dishonored. They worshipped themselves, gratifying their whims and desires. They served the creature rather than the Creator, who is blessed forever, according to Romans 1:25.

In 2021, the new Secretary of State Anthony Blinken vowed to put a gay pride flag on every U.S. Embassy on the planet. As one of President Biden’s proud accomplishments, he appointed Rechel Levine, a transgender female, as Assistant Secretary of Health.

In the same year, Democrats pushed for the Gender Equality of 2021, legitimizing immorality and inspiring demonic equality for others to follow.

“There’s some perversion that has literally turned our culture upside down,” MacArthur said.

An evil kingdom fears the most is the truth

If you disagree with the far left, you’re a domestic terrorist or extremist. You are breaking the law, a homophobic transphobic, and you need to be silenced, he said.

You need to be silenced

CHURCH MEMBERSHIP DECLINING IN THE USA.

First was the sexual revolution in the 1960s, then Hollywood and the 1990s music. Today, Christians are persecuted by the LGBTQ for refusing to serve them or using the wrong gender pronouns. Yet, they dishonor God with what they do to their bodies.

Ironically, they call it gender milestones, but God calls it a sin. The unrepentant will face His wrath on judgment day. America and the rest of the world who turned against God will suffer. [Great Tribulation]

In all these, it appears that the Gospel is irrelevant to a generation of depraved minds whose sinful nature is flaunted.

Depraved mind: Why can’t they see the truth

God then gave these people over to degrading their bodies. Women and men exchanged their natural functions and burned in their desire for the same gender. God gave them over to a depraved mind. (Romans 1:24)

They hate God and refuse to submit—the reason people are atheists. They call God a fairy tale.

Half of U.S. states have laws protecting what God hates

Far-left liberal politicians help push laws that end up in Christian persecution in the name of freedom and equality. However, it is lopsided.

For example, an Air Force chaplain was removed from his duty because she gave a message against sexual immorality. Jack Philips was sued three times for refusing to bake a cake for a gay couple celebrating their unity.

During the pandemic, Canadian pastors were jailed for gathering, even if it was outdoors. Grace Community Church refused to submit to government authority and continued church fellowship.

As a result, the mayor slapped the church with fines and threats for closure. Grace church won the lawsuit over what it labeled a draconian rule.

A day of reckoning to those who refuse God

The day is coming when the kingdom of the world, “Satan’san’s invisible Kingdom on earth,” will become the kingdom of our Lord. On that day, everything will go up in flames to give way to a new heaven and earth. Evil will be no more.

Evil will be no more.

CHRISTIANITY DECLINES IN THE USA, PHILIPPINES IS HAVING A REVIVAL.