Is it still worth it to live in New York? 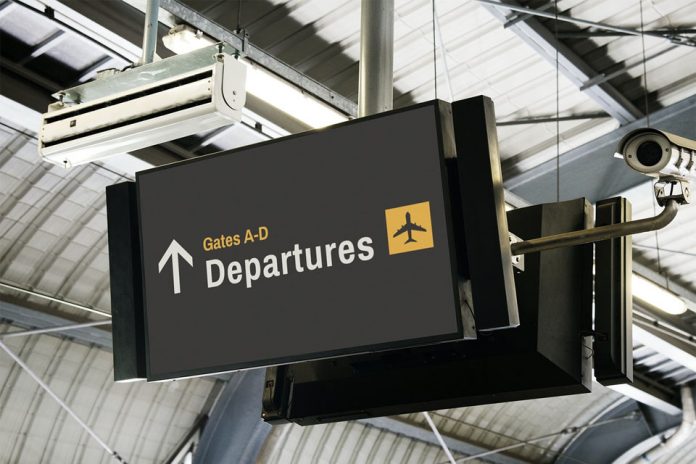 Is it still worth returning and living in New York, especially if you are Asian?

In August 2020, New York Governor Andrew Cuomo begged wealthy business owners to come back to the city, “I’ll buy you a drink!” he said.

The New York exodus isn’t just because of the recent pandemic but the high cost of living, towering taxes, and precarious public safety. Its dilemma runs deep within its progressive policies.

According to Investors, the worst-run cities with “high taxes and spending” are Democrat states. As a result, New Yorkers leave for lower tax states like Texas, Florida, Nevada, and Arizona at record numbers. In short, Republican policies appear to be better for the economy.

DIFFERENCE BETWEEN REPUBLICANS AND DEMOCRATS.

1. Your employment may not be secure

Small businesses are the backbone of any economy. New York’s “progressive business policies” of high taxes and complex regulations make it challenging to thrive. Minneapolis, the poster child of progressive laws, is in the same dilemma.

Also, AI technology has begun taking over retail sales and marketing jobs. Remote work has become an effective alternative. Some jobs do not require you to live in the city.

The unemployment rate decreased slightly in 2021, but jobs continue to struggle. Many high earners in tech and finance left, reported CBNC. At least one-third of businesses stopped operations, according to NY Post.

During the 2020 pandemic, states with the lowest unemployment rate were populated mainly by Conservatives, like Nebraska, Utah, South Dakota, Kansas, and Texas.

A.I. has begun taking over jobs in retail sales

2. Leaders continue to fail in peace and order because of its liberal laws

During riots and looting last June 2020, Austin said the second wave of New Yorkers left. Many of them aren’t returning.

In 2020, hundreds of city businesses were damaged and looted by the BLM riots. The Democrat Governor and Mayor refused to address the “threat of bloodshed” on the street.

As a result, many of James’ friends moved to Nashville, Miami, Denver, Salt Lake, Austin, and Dallas—mostly Republican cities.

In 2022, a woman broke into Robert De Niro’s seventy-thousand-month rented condo. One would think it’s safe, especially in the Upper East Side. The burglary hit prime news, but not the ordinary New Yorker who had an even worse experience.

The woman had “numerous burglary arrests” and was out of bail for robbery just a week ago.

In 2019, New York rewrote its bail laws to prevent low-income criminals who can’t post bail while awaiting trial. Naturally, it abets crime, one reason criminal activity in the city continues to spike.

Chicago has a similar bail policy. Criminals roam freely and commit the same crime because the law protects their misdemeanor—for being low-income. The result is the same; companies are leaving Chicago.

3. Crimes continue to surge in the city

Shooting, rape, homicide, and burglaries spiked in 2020. The surge continued in 2021, and Asian Americans were easy targets. In February alone, two incidents of Asians were pushed onto subway tracks.

Growing crime rates in the New York subway seem uncontrollable. Violent crime was up nearly 57 percent in July 2022, compared to the same period a year ago and violence continues. Earlier this year, four people, including three teens, were stabbed on a New York City Subway platform, reported NBC news.

In 2022, the transit authority installed security cameras on every car to reassure riders who have avoided the trains because of rising crime rates. “You think Big Brother is watching you on the subway?” Gov. Kathy Hochul said on Tuesday. “You’re absolutely right. That is our intent.”

New York’s liberal-Democrat leaders joined the bandwagon of “defunding the police.” They called the move of slashing police funds a “progressive policy.”

The wife of New York’s Democrat Mayor asked citizens to “physically intervene” to stop violent crimes against Asians. Months earlier, she convinced her husband to join BLM’s demands to defund the police.

New York’s “tent city” is expanding. As a result, locals and business people find it difficult to exist with the growing dangers in the city.

For example, a woman peed and “caca” by the bus stop. Hence nobody wanted to use the stop. The owner of an eatery across the street also said, “They started camping out there… recently it got bigger.”

Worst, some have mental issues. “They throw bottles,” he said in a report by NY Post. In short, New York is turning into an unsafe place to live.

5. Family planning better outside the city

According to Brooklyn Movers, raising children in New York is not safe. “People leaving NYC has a lot to do with the safety of the environment.” It includes the dangers of commuting in subways and public school safety.

Still, New York rentals are at an all-time low, which is great for a newly married couple. The median rent has gone down at least 20 percent.

If you’re starting a family, it may not be worth it. Young families are moving out of the city.

People leaving NYC, a lot to do with the safety of the environment.

Even before the lockdown, business people have been leaving primarily Democrat states. In 2021, businesses moved out of Chicago. Hence, the Illinois exodus. State-to-state migration is worse in California, the poster child of left liberals.

Unless policies change, the Left-Liberal politics of Cuomo and De Blasio won’t help; if you are Asian, Trumpsters using the phrase “China virus” put Asians in danger.

WHY DO ASIANS EXCEL IN AMERICAN SCHOOLS?