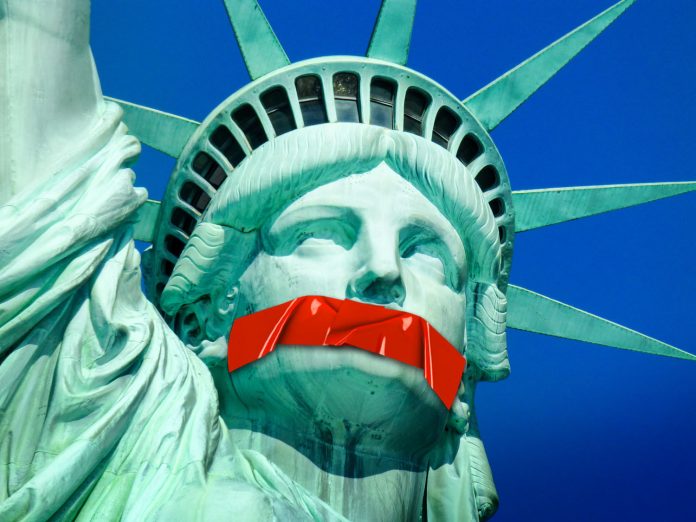 Other “woke companies” that banned Trump (and his supporters) were Amazon, Apple, Deutsche Bank, Shopify, GoFundMe, Reddit, TikTok, and PayPal joined the bandwagon by canceling ex-President Trump’s account and his followers who supported his (debunked) voter fraud claim.

When President Biden took over in 2021, the social media accounts of Trump supporters were canceled. Facebook and Twitter suspended 70,000 accounts linked to QAnon. Parler shutdown and Trump allies banned from their platforms.

The following month, LifeSiteNews has been permanently banned on YouTube for its pro-life and anti-LGBTQ stand.

In the same year, Facebook permanently banned LifeSiteNews for its “vaccine-discouraging information on the platform.“

In the same year, Amazon Prime stopped streaming ‘Clarence Thomas Documentary’ during Black History Month, the irony. Thomas is the only Black U.S. Supreme Court Justice. He is a pro-life conservative who voiced his concern about electoral fraud.

HOW MAINSTREAM MEDIA IS MANIPULATING US.

Twitter is one of the few major social media platforms that permit nudity on its platform. The company’s adult content constitutes 13%, according to a separate internal slide presentation seen by Reuters.

NY Post reported, “Conservatives have long griped about a double standard on Twitter, saying the company’s rules cater to lefty users or are selectively enforced against more right-leaning voices.“

While the company will ban you for not using someone’s preferred pronoun, tweets from a verified Black Lives Matter activist calling for violence remain untouched, the NYP added.

In 2021, Twitter claimed its algorithm amplifies right-wing conservative voices. However, billionaire Elon Musk who bought the company in 2022, said it has a ‘strong left-wing bias.’

One new study by professors at MIT and Yale called “Is Twitter Biased Against Conservatives? The Challenge of Inferring Political Bias in a Hyper-Partisan Media Ecosystem” recently took a look.

The study authors followed 9,000 politically engaged Twitter users, half Democratic and half Republican, in October 2020. The authors kept track of their Twitter habits for six months after the 2020 election.

Researchers found a disparity between how many users from each party were suspended — 7.7% of the Democrats compared to 35.6% of Republicans.

In 2020, PragerU and other Christian pages claimed algorithms were likely tweaked—so their posts won’t often appear in people’s feeds.

In 2021, Babylon Bee, a satirical website known for “attacking the left,” posted a blog mocking toxic masculinity. Their page with one million followers received only ‘one like.’ One comment said the post didn’t even show until Babylonbee reposted it as an image.