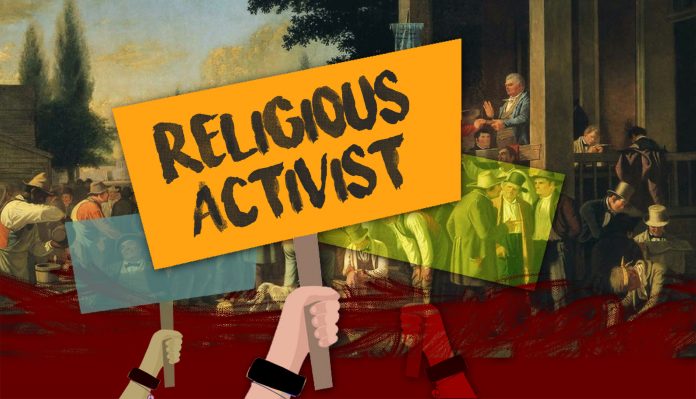 How religious political activists are endangering the message of Jesus

During the time of Jesus, religious persecution by an evil government and religious hypocrites plagued the nation. Yet, Jesus refrained from exercising political influence. Instead, He rebuked religious leaders.

Today, the Catholic clergy and evangelicals are endangering the Gospel. Bipartisan politics detracts from the mission of the apostles.

1. They are wasting time on what mattered most to Jesus

Throughout history, God has called Christians to make social changes through politics. Recently, some religious leaders have assumed that meddling in politics is a spiritual calling, just like prophets were.

There is a fine line that divides a true prophet of God to expose evil or rebuke kings and someone tasked to disciple. The reason Jesus made the message of the Gospel simple to understand.

It is not to say that Christians should not run for public office or expose evil whenever. God calls a few people for that task—but not everyone.

2. The Gospel is conflated with righteousness government

Jesus is more concerned about the spiritual welfare of the people than how the government should be run. His message was to bring people to repentance and live an abundant life through the living waters He offers.

For decades, the Holy Roman Catholic church, together with some evangelicals, has taken the role of ensuring “righteous politics” by rallying or endorsing a political candidate, thereby conflating and confusing the message of Jesus.

Jesus criticized King Herod by calling him a “fox” because He had every right to judge anyone He pleased. Yet Jesus rebuked religious leaders instead of civil authority.

Some are called to be pastors, teachers, and Christians to run for public office—which is not the same as criticizing authority or a pastor talking about politics.

3. It digresses the message of Jesus

Jesus said, “I am the light of the world. Whoever follows me will never walk in darkness, but will have the light of life” (John 8:12). Many people are in darkness, and when He said in verse 9:5, “as long as I am in the world,” conjuncts with the Great Commission.

Satan wants us distracted and divided

Jesus had a limited ministry on earth; he warned the same for Christian leaders to wisely use their opportunities. “Night is coming when no one can work” (John 9:4). Satan is diverting the attention of Christians.

He commands us to love one another, and it starts by sharing the Gospel and pursuing discipleship. Christ didn’t bother with political activism; it takes time for what truly matters.

It is not to say that Christians should do nothing. If it brings glory to God, Christians can run for public office or join a civic group that helps the community.

John MacArthur repeatedly told Christians to submit to authority. However, there are exceptions. In 2020, Grace Community Church was fined for gathering during the pandemic lockdown. They took legal action against the Mayor and the Governor. We must obey God more than men.

DANGEROUS PATH OF CBCP AND PCEC IN THE PHILIPPINES.