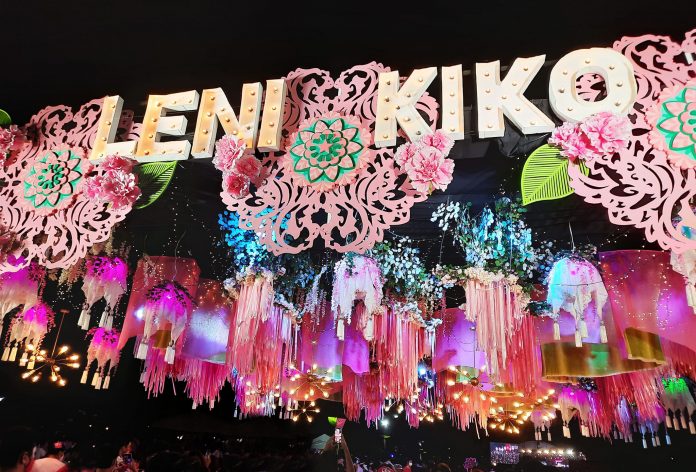 History of political parties and bipartisan politics in the Philippines

In 1901, President Emilio Aguinaldo reluctantly pledged allegiance to the United States. Under the Americans, the Philippine system of government and politics was patterned after them.

Similar to the U.S., the Philippines once had Federalist and Anti-Federalist parties. However, it splintered after the commonwealth in 1935 and independence in 1946.

On December 23, 1900, a strong number of Filipinos at the Philippine Assembly pushed for American statehood. They were the first political party of the Philippines known as the “Partido Federal” or Federalista.

In 2018, President Duterte formed the Partido Federal ng Pilipinas, which called for a Federalist government in the Philippines. It has nothing to do with the Philippines’ first political party.

The early Filipino politicians observed a two-party system (Federal and Anti-Federal in the USA). The Nacionalista or Nationalist party (founded by Manuel L. Quezon; ‎Sergio Osmeña) opposed the Partido Federlista and wanted independence.

In America, the Federalists would later be the antecedent of the Democrat or Liberal party and the anti-Federalists the Republican or Conservative party.

In 2010, the Nacionalista and Nationalist People’s Coalition (NPC) formed an alliance with Manny Villar as its candidate. President Marcos, Corazon Aquino, and Gloria Arroyo were part of the Nacionalista conservative party.

By 1907, the Nacionalista became the majority. The Federalista waned and changed its name to the Progresista Party, which did not survive for long.

The commonwealth period paved the way for the short-lived Nationalist Socialist and Republican parties. Still, the Nacionalistas survived.

The rise of the Liberal Opposition Party

After the country’s independence in 1946, the political schema of the country went from the Nacionalista Party (NP), which splintered to the Liberal Party (LP), founded by President Manuel Roxas in 1946.

Members from the Nacionalista party and Liberal party paved the way for KBL, founded by Ferdinand Marcos in 1978, and LABAN (Lakas ng Bayan), founded by Benigno Aquino II in 1978 and dissolved in 1986.

In 1983, PDP (Partido Demokratiko Pilipino), founded in 1982 with Cory Aquino as its candidate, merged with LABAN, founded by Cory’s husband Benigno in 1978. PDP-LABAN party had one crucial objective—to beat Marcos.

The rise of Ferdinand Marcos and the KBL

In 1969, Ferdinand Marcos ran with Fernando Lopez under the Nacionalista Party. In 1978, Kilusang Bagong Lipunan (KBL) was a coalition of other Nationalists and liberal figures.

KBL was considered a far-right (conservative) political party in the Philippines because of its emphasis on patriotism. Hence, Marcos introduced the “Bagong Lipunan,” and his wife Imelda introduced a Filipino identity through arts and culture.

At the same time, Marcos was bent on eliminating communism in the country, which was why he declared Martial Law in 1972.

WHY FILIPINOS WANT MARCOS BACK.

Political schema of political parties in 2022

A Political Circus: PDP-LABAN endorses Duterte, whose daughter Sarah forms a team with Marcos Jr., whose father was KBL, while Aquino III (LP), whose father is Aquino II (LABAN) was Marcos Sr.’s archrival (KBL), endorses Robredo (Formerly LP) who now refused to be identified with LP.

In 2016, they endorsed Rodrigo Duterte as its candidate and won by a landslide. In 2022, his daughter Sarah ran with Marcos’ son Bong Bong. In 2022, the party split.

The 2022 Philippine presidential election was reduced to bipartisan politics. Voters were divided between the Liberal Opposition party and the Unity Team of Marcos-Duterte.

The Liberal party (Yellow Revolution) stays faithful to its calling as the opposition party to a corrupt government. It has never merged with any other parties since it was founded in 1946.

The political schema of the country has turned into a colorful fiesta where parties splintered, merged, and splintered many times again.

The return of Marcos in 2022 not only triggered “Yellow supporters” but evangelical groups CCF and PCEC joined the bandwagon of religious bipartisan politics.

Politics in a full circle: Marcos and Duterte scions

The shining moment for the Liberal party (the Yellow Movement, which endorsed Leni Robredo) was overshadowed by the UniTeam Alliance party of Marcos and Duterte scions in 2022.

In essence, the UniTeam of Marcos Jr. and Sarah Duterte are a mix of all the political parties in the Philippines combined. Their parent’s political affiliation can be traced to the Nacionalista and Liberal parties.

The changing of the guards of the Yellow Movement

Since becoming Vice President, Leni Robredo (Liberal party) has been loyal to her party’s political color. In 2022, she ran as an independent candidate and dropped yellow for pink as her official campaign color.

When the Robredo-Pangilinan camp went to Tarlac, Kris Aquino gave a speech wearing pink but using a yellow mic foam and pink-yellow mask.

Kris’ efforts to remind people of her parent’s legacy are understandable. But it may have cheapened it because it is clear that yellow is out, but pink, red, and green are in.

What a colorful fiesta Philippine politics is!

Despite having health issues and undergoing several medical procedures recently, Queen of All Media Kris Aquino makes her first appearance in a sortie at the Leni-Kiko’s Puso Grand People’s Rally in Tarlac City, the actress’ hometown, on Wednesday, March 23. pic.twitter.com/yjVV6i9LMF

SEPARATION OF CHURCH & STATE IN THE PHILIPPINES.