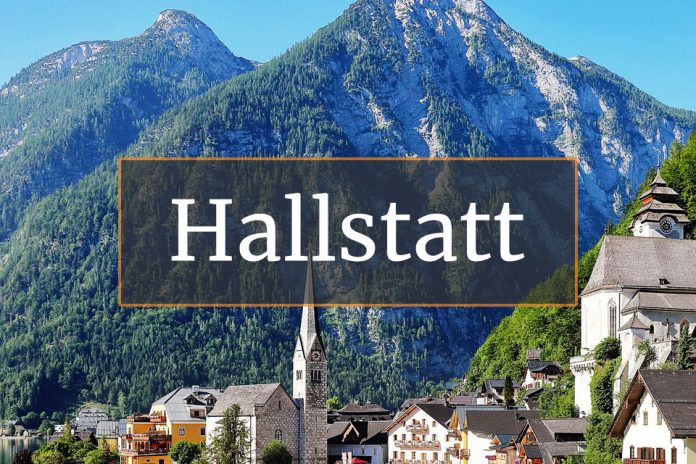 Why time froze in Hallstatt, Austria

Time froze in Hallstatt. Perhaps, because of inaccessibility before wide, longer roads and bridges were constructed. The land between the lake and the mountains sparse. It would help if you had a boat to reach Hallstatt.

The first road to Hallstatt was only built in 1890. Part of the mountain blasted to create a safe flat passage. Not much has changed in this quaint town. Below is Hallstatt in 1899 and in August 2020.

Interestingly. Hallstatt is home to one of Europe’s earliest archaeological finds, such as a shoe-last Celt, dated around 5,500 B.C. The Hallstatt culture was the predominant Western and Central European culture of the Late Bronze Age.

Also discovered were the “Antenna hilt” short sword, daggers, potteries, jewels, muscle cuirasses, and a wide variety of Hallstatt art during the period of Celtic art.

At the center of Hallstatt is the Evangelical Church. Built at the height of the Protestant Reformation that swept Europe after Martin Luther protested against Catholic teachings.

Emperor Franz Joseph I ordered the construction in 1785; and all Evangelists guaranteed full rights of citizenship and equality in their religious and political life. It was completed in October 1863.

Prehistoric Necropolis on the Salzberg

In 1846 Johann Georg Ramsauer discovered a large prehistoric cemetery near the current location of Hallstatt. Ramsauer (1795-1874) excavated a sizeable ancient tomb dated from the 8th to the 4th century BC.

Painted skulls of early-century residents at Charnel house (known as the Beinhaus or ‘Bonehouse’). The movie Interview with a Vampire protagonist, Lestat de Lioncourt’s French character, perhaps inspired by this place—where ancient graves silently sleep for more than a thousand years.

Places to visit in Hallstatt

Hallstatt has many quaint villages along its shoreline. The most popular are Obertraun, Steeg, and Hallstatt with its old church and market square.

The early iron age of Hallstatt

Hallstatt is known for its production of salt, dating back to prehistoric times. Its archaeological culture linked to Proto-Celtic and early Celtic people of the early Iron Age in Europe, between 800 to 450 B.C.

Hallstatt is at the core of the “Hallstatt-Dachstein / Salzkammergut Cultural Landscape.” It was declared as one of the World Heritage Sites in Austria by UNESCO in 1997. The core zone includes the towns Hallstatt, Obertraun, Gosau, and Bad Goisern.