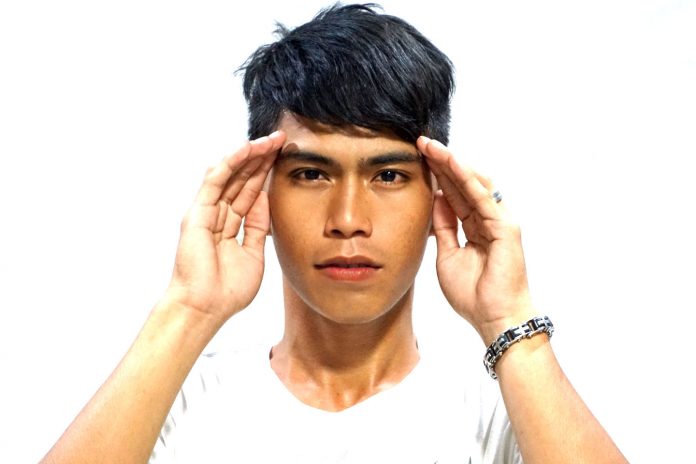 Human presence in Southeast Asia dates back to at least 40,000 years ago. The Negritos in the Philippine Islands, Peninsular Malaysia, and the Andaman Islands are thought to represent the descendants of the pre-Austronesian out-of-Africa migration wave. [Nature]

Austronesians originated from a prehistoric seaborne migration (or Austronesian expansion) from “pre-Han Taiwan” around 1500 to 1000 BCE. They reached the northernmost Philippines, specifically the Batanes Islands, by around 2200 BCE.

Smaller groups from Malaysia and Indonesia (Southeast Asia) relocated to the Philippines some 5,000-6,000 years ago, although some Ami tribes (Taiwan) were earlier settlers some 8 to 10,000 years ago.

Austronesian ethnicity is evident in the similarity of some words and numerals. Here are examples:

Pinoys, particularly those from the northern parts, are more Chinese than their Malay or Indonesian counterparts in the South East.

The Filipino genetic makeup is almost exclusive to East-Eurasian origin, with the majority being of Fujian ancestry (associated with Native Taiwanese and Austronesians), while the Spanish/European admixture is a mere 0–5%.

The Filipino genes are closely related to Taiwan’s Ami tribe

There are 16 diverse Taiwanese tribes (nine are indigenous), and only four have contributed to the Austronesian diaspora outside the island. Austronesians (Malay race) make up 2% of the present Taiwanese population.

The Amis represents 37.1% of Taiwan’s total indigenous population. Their closest genetic relatives appear to be the native Filipino people who arrived in 2200 B.C. from Batanes and rapidly spread downwards. [Mijares]

A “Chinese Taiwan” came into a full circle when the Republic of China (Nationalist government) retreated to the island in 1948, along with 2 million Chinese.

The most frequently occurring Y-DNA haplogroups among modern Filipinos are haplogroup O1a-M119. It is found with maximal frequency among the indigenous peoples of Nias and Mentawi Islands (West coast of Sumatra), Northern Luzon (Especially Batanes), China, and Taiwan.

Before their arrival in Taiwan, the Han Chinese traders have been interacting with indigenous Filipinos since the 9th century, engaging in trading and bartering.

Some postulate a 30–40% partial Han ancestry among Filipinos.

Han Chinese generally assimilated into the Austronesian population (Ami tribe of native Taiwan). They arrived in Taiwan in the late 13th to early 17th century.

The connections between Filipinos and the Chinese run deep with shared cultural practices, beliefs, and dishes.

The use of chopsticks is the easiest way to associate with groups of people of Chinese ethnicity. Even though it is not native to Filipinos, we share about 2,000 or more Chinese words (Hokkien, which is widely spoken in Taiwan), as well as traditions and dishes.

A 2008 genetic study by Leeds University challenged the idea that ISEA came from Taiwan (“Out-of-Sundaland” hypothesis).

A study by Larena et al indicates that the Cordillerans migrated into the Philippines. Some of them are the least admixed East Asians carrying an ancestry shared by all Austronesian-speaking populations, therefore challenging “an exclusive” out-of-Taiwan model.

Apparently, East-Eurasian (who diverged from Australo-Melanesians) first populated the Philippines about 35,000 years ago. Therefore, later Austronesian expansion into (insular) Southeast Asia and Polynesia was outgoing from the Philippines rather than Taiwan.

D. Assimilation of Chinese during the Spanish colonization

Chinese migration continued during Spanish colonization. Several of them settled and assimilated with the local Filipino-Spanish culture.

Eventually, a small Chinese community developed, particularly in Binondo and Laguna areas. Many became local artisans and wealthy Sangleys who even acquired the Don and Dona titles.

In 1798, almost 300 years after Spain colonized the country, the local Spanish government conducted a census. The result showed that 33% of the population in Luzon, the largest, were Mestizos of Spanish, Mexican, Latino, and Chinese (Sangleys) ancestry.

In 1787, Chinese mestizos were about 2,793 out of its local Chinese population of 6,490. Intermarriage continued between Chinese and local natives resulting in an increase in Chinese mestizos.

Hence, some Spanish-sounding surnames, such as Cayetano, Villanueva, and Tomas among others, were listed as Chinese mestizo in an 1852 barangay record in Bacolod.

In short, having a Spanish surname does not assume Castillian descent, but rather Chinese. After all, the Spanish ethnicity among Filipinos is a minuscule 1.5 to 3%.

Spanish nationals who immigrated to the Philippines during Spanish colonization were not significant in numbers.

Spanish ethnicity among Filipinos is a minuscule 1.5 to 3%.

Genetic tests conducted by researchers around the world show Filipinos are ethnically and genetically distinct and separate from their Malaysian and Indonesian neighbors, despite having similar features and dialects.

THE RISE OF CHINESE MESTIZO.