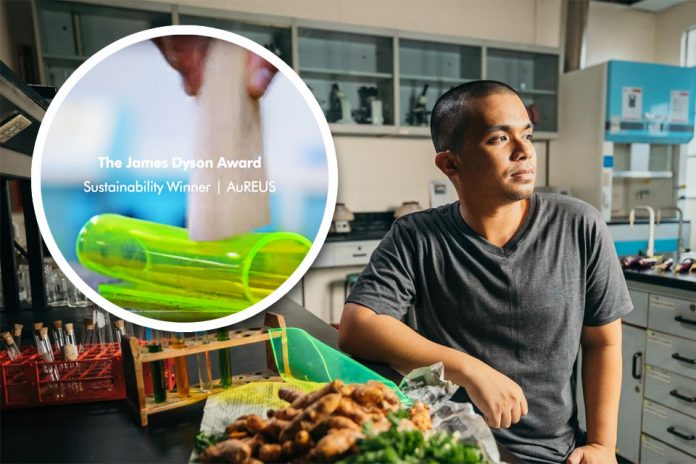 Maigue used a mix of organic and synthetic material. His invention is flexible and can be attached to pre-existing elements or surfaces.

The challenge was to generate electricity in a way that traditional solar panels are incapable of. Carvey Ehren Maigue’s one of a kind formula enabled the material which he calls AuREUS, to harvest UV light and convert it into visible light.

Carvey’s invention was unique because it can still generate power, even in a cloudy sky. His invention enabled light particles to ‘rest’ on AuREUS.

Carvey’s promising invention is poised to be applied to windows, walls, fabrics, and even vehicles.

Light particles “bleed out” of this material as visible light. In turn, the light can be transformed into electricity. Such discovery may make AuREUS a better solar energy alternative in the future.

At this point, Ehren’s AuREUS can produce 48% of electricity as compared to 25% in solar panels or photovoltaic cells.

“I want to create a better form of renewable energy that uses the world’s natural resources, is close to people’s lives, forging achievable paths and rallying towards a sustainable and regenerative future,” Carvey said