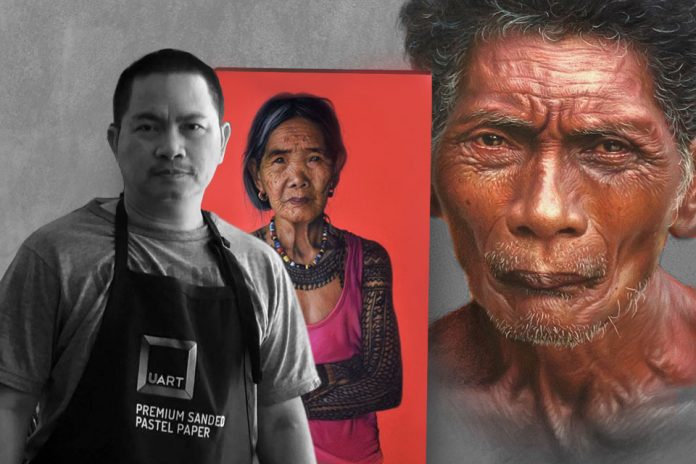 Realist painter Gary Carabio’s first solo exhibit at the Edina Art Center, Minnesota, in 2017 sold out. His jaw-dropping exhibition turned subjects alive through his strokes. It woke the “deep senses” of the Filipino “deep culture.”

His one-person show, “Diversity,” showcased his oil paintings and rich watercolor works that made turned head to this immigrant from Cebu.

At 11, Carabio won first prize in an “on-the-spot” painting contest in Cebu City, where he was born. He took up Fine Arts at the University of the Philippines and won multiple times at the annual Jose Joya Awards.

He received a total of five first-place awards in the representational, figurative, and non-objective abstraction categories for three years in a row. Interestingly, Carabio is self-taught, inspired by his great grandfather, who was also a painter and a sculptor.

He is also a resource master for PPA (Philippine Pastel Artists) and an active member of BINHI (seed), a Christian group of artists who supports by sharing portions of their exhibit proceeds to missions.

Gary will be on his third one-person exhibit in Dunedin, Florida, come December 2020

Gary Carabio’s paintings were exhibited at the National Arts Club in New York, the Butler Institute of American Arts in Youngstown, Ohio, and the IAPS Convention in Albuquerque, New Mexico.

In 2021, he will study an intensive course in representationalism at the Angel Academy of Art in Florence, Italy.

Mio Legaspi with Brocal Chords Cover of War in...
People

The Heart of Billionaire Henry Jr., After Losing His Daughter Jan Sy

The heart of Henry Jr., the Philippines' richest billionaire,...