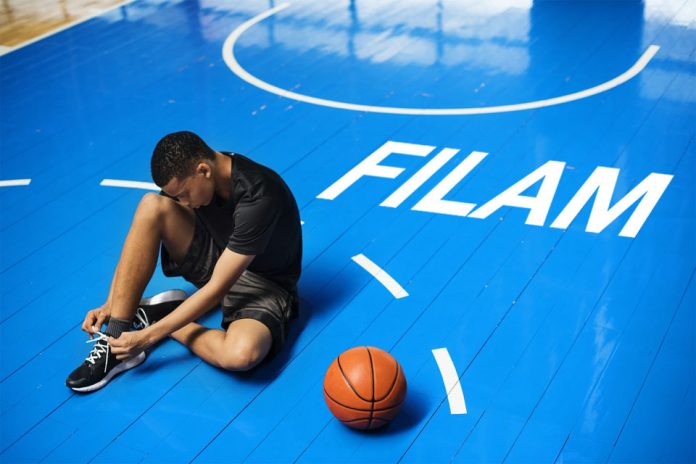 4-Prodigious American basketball players with Pinoy blood running on them!

Basketball is a weird sport for Filipinos to play. In a country where the average Filipino male’s height is 5 feet and 4.25 inches, playing with a ball to shot in a 10-foot basketball post seems like a mismatch.

When James Naismith invented basketball while he was in Springfield, Massachusetts, he never thought of Filipinos playing the game.  That is why we argue that we Filipinos should stop playing basketball and focus on sports wherein we can excel, like soccer and baseball.

Still, the game is very precious to us, not because we dominate it, but because we love it; it is that simple. It does not matter if we are 6’ tall or 4’11”. We will get that ball into the hoop and celebrate each time we do!

The love story between basketball and Pinoys is not restricted to just in the Philippines. We have plenty of Fil-Am players in America, both active and retired. We are curious as to how they are now, so let us say hello to them.

What happened to Abe King?

It was every Pinoy’s dream of having one of their own play in the biggest and most prestigious basketball league in the world, the National Basketball Association. We wanted to be the first Asians in the NBA, so people waited and waited to no avail. Then came Mr. Clarkson!

Jordan Clarkson is ¼ Filipino; his father, Michael Clarkson, is an American, and his mother is Marcelina Kingslover, whose grandmother is a Filipina. He was born in Tampa, Florida, on the 7th of June 1992.

He was the 46th pick overall in the 2014 NBA draft, so in a way, we can say that Jordan has already overachieved. It is rare for a 2nd rounder to play more than five years in the league in the NBA. He has played for the LA Lakers, Cleveland Cavaliers, and now for the Utah Jazz.

He showed his love for his other country, the Philippines, when he proudly donned the National team uniform to play in the Asian Games in 2018. He led the team to a 5th place finish, its best in 16 years.

Where is Arjun Cordero now?

If you talk about the greatest PBA players, experts agree Ricardo “Ricky” Brown is one of them. He had his first chance to play with PBA through its patron Danding Cojuangco.

Incidentally, the late Cojuangco was chairman of San Miguel Corporation. It has three teams: San Miguel Beer, Barangay Ginebra San Miguel, and the Magnolia Hotshots, where other Filams also play.

Ricky Brown holds the record for the highest scoring average for a local with 23.1 points per game. His playing career was cut short, however, because of a heart ailment. After a brief but successful stint in the PBA, he went back to the USA and worked as a teacher.

Today, he’s enjoying a successful career as an academician for the last 28 years. In 2008, he became the first Filipino-American principal at Ross Middle and Tracy Wilbur High School at ABC Unified School District, Cerritos.

He did a great job that the district selected a California “Model Continuation School” for excellence in ensuring its students’ high-quality education and experience.

History of the Balikbayan Box.

Raymond played three seasons in NBA with the Golden State Warriors and the Indiana Pacers. In the first round of the 1978 NBA draft, he was selected by the Warriors and became the first Filam to play in the NBA. Her mother, Virginia Marella, hails from Balayan, Batangas.

In an interview with ABS-CBN, Townsend said he wanted to mentor Kiefer Ravena and Ray Parks. Things did not go as he planned, though; both Parks and Ravena went on to have lucrative careers in the Philippines.

Still, Ricardo Townsend considers it his mission to put Philippine basketball on the map, saying he hopes fellow Pinoys will help him in “my journey in looking for the next kababayan who is Filipino-born to play in the NBA.”

Townsend also wants to be an NBA ambassador to the Philippines, which is not a far-fetched idea.

Clarkson, Brown, and Townsend. All American players with Filipino blood running through their veins. If there is one thing we can learn from these basketball heroes, we should not deny being a Filipino, whichever country we go to.

Fan Blasts the NFL for Its Double Standard

Jalen Romande “Unicorn” Green is a basketball player for the G League Select Team, a five-star (college) recruit and the best shooting guards in the 2020 class, with ESPN ranking him number one overall.

From Napa, California, Jalen won three gold medals with the United States at the junior level and MVP of the 2018 FIBA Under-17 World Cup. In 2018, NBA dubbed Jalen Green (could be) the No. 1 pick in the NBA Draft.

Green’s mom, Bree Purganan, is a nurse of Filipino descent. His stepdad, Marcus Green, was a basketball teammate of NBA player DeShawn Stevenson.

There’s more where they came from

American basketball players of Filipino descent reigns supreme in our local court. We’ve had a couple of dozens through the years.