Exorcism in the Philippines 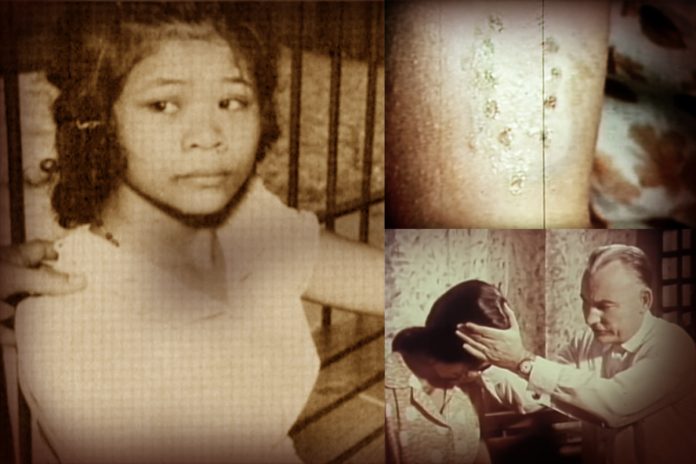 Exorcism in the Philippines

Exorcism in the Philippines has become essential in helping curb increasing depression and other forms of mental illness. But the task of spiritual deliverance is not always successful. Interestingly, some occultists claim they can exorcise a possessed person.

It is not a requirement to be a priest, pastor, or clergy to be an exorcist. In the scripture, Jesus granted delegated authority and taught His disciple spiritual warfare.

First documented exorcism in the Philippines

The first documented exorcism rite in the Philippines was Clarita Villanueva. She was imprisoned for prostitution in 1953, a criminal offense at that time. Dark hairy creatures bit her everywhere and became deranged but with incredible strength.

The chaplains couldn’t cast out the demons and the doctors were helpless on spiritual matters. The Catholic clergy failed to perform an exorcism and free Clarita.

Then, an American Christian missionary felt God urged him to help Clarita. Pastor Lester Sumrall understands the authority of Christians against demons, according to the Bible. He performed an exorcism and the demons left her body after three days.

Satanists cast out demons, but the Pope, and priests, cannot perform an exorcism

Fr. Jocis Syquia has almost 20 years of experience in exorcism. He has a Master’s degree in Psychology and a gift for discerning dark spiritual entities. He has a unique church position and was asked further his study of demonology in Rome.

His office in Makati alone receives almost five cases every day of people alleged to be possessed, usually manifested in heavy depression or angst.

He stressed that his experience with exorcism has been successful because of Jesus. Demonic spirits fear Him, not the priests. The authority to cast out spirits is from Him alone.

He admits around 80% of the cases are spiritual while 20% are more psychological. Hence, Bible-based talk therapy (an alternative to PHP) and Bible verses for depression are the best recourse.

He alleged that after praying over some cases, there were objects such as nails, needles, and pins, that would come out of the mouth of the person being exorcised.

Sometimes, insects start to come out of their body like ants and sand, signifying that a witch may have cursed these people. Some who have been possessed came from “sinful homes” through abuse, sexual addiction, and unforgiveness.

Alicia was an “Espiritista” and “Mangkukulam” possessed by hundreds of demons. Fr. Jerry Quintela, chief exorcist of the Diocese of Antipolo, performed his first case of exorcism but was unsuccessful.

Gabriel, Alice’s daughter, admits the demons never left even after Fr. Quintela cast them out. It continued to torment her. Alice’s life became harder, she said. Only when Alicia devoted herself to prayer and devotion to God did the tormentors leave her.

According to The Berean Call, a 19 years old woman was agitated during an audience with the Pope. A Bishop tried to calm her with a crucifix and a medal of the Virgin Mary but failed. The Pope was told, and later met the woman.

He performed an exorcism and promised to offer mass for the following morning. However, the demon was unmoved and continued to possess the woman despite the papal effort, admitted Fr. Don Gabriel Amore, The Vatican’s chief exorcist.

Shea Bilé was 17 when he conducted his first exorcism. She first encountered them during an astral projection, which is demonic by itself. “During the projection… I see this gigantic seven-to-eight-foot black shade of static, knife-like energy, and it started chasing me.”

A witch associates herself with Jesus in doing an exorcism

Rose, a Wiccan, said these demonic spirits are negative energies that come in many different forms and have no understanding of the Christian God. “Attempting to banish it with a Catholic Exorcism is quite simply a waste of everyone’s time,” mainly if the person afflicted is not a Christian.

As a High Priestess of Eclectic Witchcraft and a professional exorcist for 26 years, Rose has performed nearly 8,000 exorcisms worldwide.

During a youth retreat in 2000 organized by Christ Commission Fellowship (CCF), a demon manifested in a young woman attending it. She crawled, cussed, and her voice changed.

Organizers moved her to a room where CCF Senior Pastor Peter Tanchi performed the deliverance. There were no bendicion, crucifix, or special robes. He tapped her shoulder and commanded the demon to leave her body in the name of Jesus. It was over an hour.

Another Pastor, Paul Guimary, and Roderick Rodriguez from a different church encountered demonic possession in their years of ministry in the Philippines. They did the same and commanded the devils to leave in the name of Jesus.

According to Pastor Rodriguez, a possessed girl said that all she could see was darkness around her during the exorcism.

The people around her were a blur, and all she could see in and through them was “light.” She was afraid of it. But as she yielded to Christ, she began to feel peace, and the demons left.