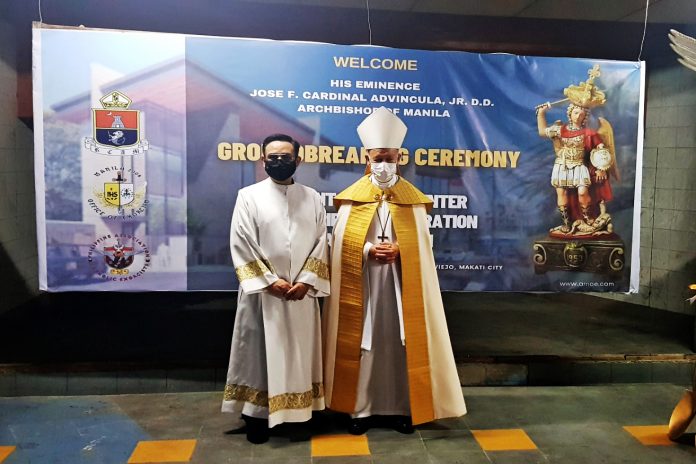 On June 7, 2022, the Catholic Bishop Conference of the Philippines (CBCP) began the construction of the Saint Michael Center for Spiritual Liberation and Exorcism in Guadalupe, Makati City. The location will also be the Philippine Association of Catholic Exorcists (PACE) headquarters.

“It will be the first of its kind in Asia, if not in the world,” said Fr. Francisco Syquia of the Archdiocese of Manila Office on Exorcism (AMOE).

CBCP alarmed at the increasing cases of demonization

An alarming “three-fold” increase in demonized, harassed or possessed. About 80 to 100 cases were too much to handle at any time. In Italy alone, there are half a million cases of demonic possession.

Of course, there are failed exorcisms, the reason training and a complete understanding of Biblical deliverance is critical.

This prompted Father Jocis Syquia to recruit new priests for the job in 2018. He is a trained exorcist in Rome. Unfortunately, not all clergies can be successful in casting demons out.

The growing need for trained exorcists

The PACE is connected with the International Association of Exorcists (IAE) in Rome, Italy, which the Vatican officially recognized in 2014. [See Exorcism in the Philippines]

History of political parties and bipartisan politics in the...
Philippines

The Return of Marcos?

The Return of Marcos: Seven reasons why more Filipinos...