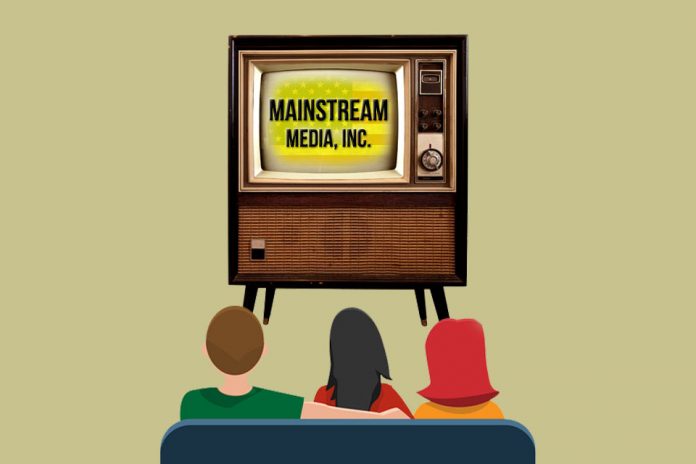 Examples of “Mainstream Media bias” between Liberal and Conservative outlets

A month earlier, news outlets quoted experts who said Omicron was mild and could potentially hasten the Covid pandemic’s end (here, here, here). After Christmas, flu season came, and the news on Omicron began to sound like a new epidemic.

Yahoo, known for its left bias, used phrases like “scary to hear” while others used an oxymoron, “severely mild,” and “not more severe,” making the point grammatically senseless.

Facebook also censored DailyMail.com’s story on BLM co-founder’s multi-million dollar purchase. The media labeled it as Cullors’ “L.A. property empire.” Users that wanted to share links about Cullors were prevented from sharing it with a message that said it “couldn’t be shared.”

Cullors identifies as a Marxist is criticized for her alleged lack of financial transparency from the national BLM organization.

Months earlier, MSNBC host Tiffany Cross said, “If you are not a person of color, and millions of people of color…are saying a thing or person is racist, it’s really not your place to say it isn’t.“

The Atlantic makes it clear, “Stop Blaming Black People for Dying of the Coronavirus.” However, there were no conservative politicians blaming Blacks.

Reporter Joe Concha said, “We’ve seen billions and billions of dollars in damage… yet you have news organizations saying, ‘this isn’t that bad.’”

2020, MSNBC, Washington Post cheers as BLM mocks POTUS’ instead of neutrality as journalists

However, BLM’s reaction was the opposite. BLM wasn’t cheering. They said on Twitter it’s performative, a distraction from their real intent.

2020, CNN and the NY Times appear to justify violence in BLM protest

2020, A disgruntled Black store owner said to protesters, “You’re liars. You wanted to loot the store. You need money, get a job as I do, stop stealing.”

CNN correspondent appears to justify looting. In this video, she said, “They don’t know what to do… their response is to lash out.” New York Times reporter said, “Destroying property which can be replaced is not violence.”

In a fiery rebuke, political commentator Candace Owens blames Democrats and the media for harping racial division, especially during the election cycle. She also debunks systemic racism perpetuated by MSM.

The hearing was intended to confront white supremacy, where Owens rebuked leftist politicians for fanning racism with the intent of winning an election.

Likewise, conservative media PragerU banned from advertising on Twitter because of their “conservative ideas.” Google VP said PragerU’s video on the 10 Commandments is restricted because it contains the word “murder,” as in “Thou Shalt Not Murder.”

Mainstream media, Hollywood, schools contribute to the “victim narrative” of the Black community. “If you’re white, you’re a racist.” Lecturers told to attend seminars to deal with their own “whiteness,” reported RT News.

On the other hand, CNN was called the “Hate Trump Network” by its ex-contributors. CNN openly despises conservatives, said former CNN conservative commentators. “CNN’s only identity is being anti-Trump…” Mediaite article said.

Football Player Benjamin Watson explained on CNN the reason behind racism. He said, “The issue is not skin… it is a sin. Our sin makes us prideful… it makes us lash out to people that don’t look like us…

The only way to cure that is to understand that Jesus Christ died for our sins.” CNN cuts him live. The host said, “just like that, we lost him.”

No proof of systemic racism?