Enzo Manzano, Solo But Not Alone in NYC 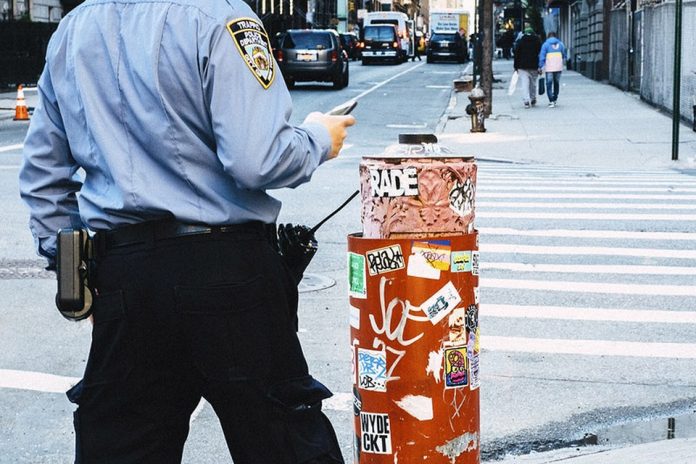 Can you imagine standing alone in the street of a foreign city for hours, holding a foreign sign, and standing for a foreign idea? Yet Enzo did, and it was not easy – it was uncomfortable – he was alone.

Enzo Manzano has been living quietly in the Big Apple for almost three years. He’s been staying out of the shadow of his showbiz Dad. On June 18, he decided to march towards the United Nations Head Quarters in New York, head held high.

Political tolerance in the Philippines.

Holding a poster bearing the message, “Duterte and the Philippine Government are taking away my people’s basic rights.”

Enzo claims it took him three days to decide to go on this solo protest. He continued his one-person campaign two days later in front of the Philippines’ Consulate General in the same city.

He said in his Facebook post, “I was never the type to protest… (it) sucks to hear that my fellow Filipinos can’t protest back home. I hope my lone protest can make up for that. At least a little bit!“

He brought a message for the whole world “The Philippine Government is destroying my country’s democracy!  Hear us now; To Filipinos overseas: we may have left the country…but let’s not abandon our people.” [Inquirer]

Why Filipinos voted for Marcos.

What exactly prompted a young Filipino living eight thousand miles away from the Philippines to do this?

Enzo explained that it is his way of being one with his kababayans back home who were protesting online and on the streets against the proposed anti-terrorism bill. [Balitang America]

The demonstrations last June 12, which coincided with the Philippines’ 122nd Independence Day, had been called to junk this ruling, which many believe not only goes against the constitution but also suppresses freedom and human rights.

Several Congress members have already withdrawn their authorship of the bill, which still has yet to be signed by the current Philippine President.

The historic journey of Balikbayan box.

Way before the anti-terrorism bill was RA 9372

Even before, the Human Security Act of 2007 or RA 9372 was in place. It brings the Philippines in line with its Southeast Asian neighbors in fighting Islamic militants in the area.

And as critics deem, introducing a new law to supersede an existing one is unnecessary and potentially dangerous.

The call to act as one with your countrymen is strong. We have social media on our side. Despite long-standing debates, an arena of emotions, and ideologies, one thing is for sure – Enzo’s blood is Filipino, and he, like others, looks forward to a better Philippines.

Solution to social inequality in the Philippines.