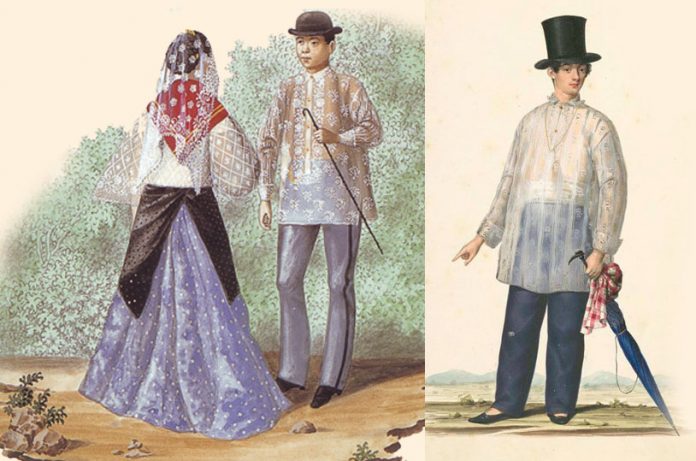 During Spanish colonization, the Datu rulers and educated upper class of the pueblos were the nobility. Instead of having European titles like Baron, Duke, or Count, their titles were Don or Doña. However, these titles weren’t necessarily inherited.

Part of the ruling class were the first settlers or those descended from the Datu ruling family. In Mindanao, descendants of some of these Datus bear the titles prince or princess today.

In Manila, one example of titled nobility is the descendants of Lakandula. It was the regal name of the last Lakan (ruler of pre-colonial Tondo) when Spain first conquered the lands of Pasig.

According to Lucero, his descendants outnumber any other prominent pre-Hispanic family in Luzon and many of the names in his tree have become distinguished men and women in history.

Lakandula’s descendants were given the Don and Dona titles as well as descendants of the clans of Soliman, Matanda, and Mojica known as “super–principalia.”

However, the blanket privileges of the four clans were revoked and limited to the male line and their eldest sons.

Lakandula descendant” is not necessarily a direct descendant of the ruler of Tondo, but an indication of descent from the other royal personalities like Rajahs Matanda and Soliman and other rulers of Central Luzon.

The Order of Lakandula (Filipino: Order ni Lakandula) is one of the highest civilian orders in the Philippines, established on September 19, 2003.

Most Spaniards and “Spanish mestizos” used the Don and Dona titles with the distinction of being wealthy. Spaniards who belonged to the lower class were never addressed as Don in archival records.

Don and Doñas among wealthy locals

The Chinese immigrants as well as the mestizo sangley also attained the title as their prominence and wealth became too much for the Spanish authorities to ignore. Thus, even before the Americans came, there were many Filipino-Chinese addressed as Don and Dona.

From these local noble classes emerged the Ilustrados in the 1880s.

After the Spaniards left, the Americans took over and these titles lost its aristocratic trappings. It was used by the prominent and the wealthy, regardless of their antecedents. Thus, more and more people appeared in newspapers and documents bearing the title Don and Doña, even if they did not descend from Datu royalty.

The titles were not inherited

The title was probably not granted for life. In several Reservados por Priveligeo documents, the herederos or heirs (the eldest son, mostly) of former Cabezas and Gobernadorcillos were still listed as exempted from tributes but were listed down without a title.

Privileges of the principales likely did not extend to the second or third generation, unless perhaps their authority or wealth remained intact.

One example is the De La Resurreccion family of Pagsanjan Laguna whose family stems from one of the five early Chinese immigrants of Pagsanjan.

The origins of Filipino nobility: The Don and Doña during the 1800s

The title Don is the Hispanization of the Latin word Dominus or Lord (honorific). It means master or owner. It is abbreviated as Dom in the Middle Ages. It is reserved for clergy and nobles, in addition to certain educational authorities and persons of distinction.

Miguel López de Legazpi conquered the Philippines under the orders of King Felipe II. The former rulers of each barangay (pockets of the kingdoms) were granted the privilege of continuing to govern their respective barangays, but this time as agents of the Spanish crown.

These nobles became the cabezas de barangay (Mayors) and the gobernadorcillos (Governors) of each pueblo (town) and were known collectively as the principalia (ruling noble class) who carried the titles Don and Doña.