Digital Book Burning, Bible is Next? 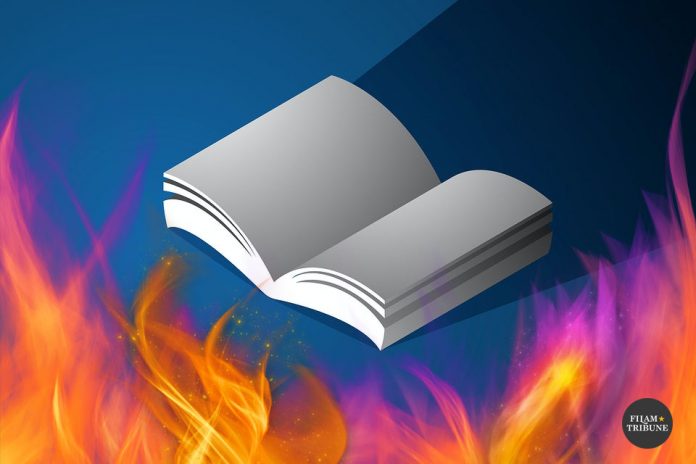 Amazon removed books authored by conservative and Christian authors because these books are offensive to the gay community. The “digital book burning” coincides with President Biden’s Equality Act of 2021, an LGBTQ milestone.

Meanwhile, Amazon continues to sell books promoting pedophilia and teenage books with gay sex themes, such as the Lawn Boy and various gay books for children.

List of Christian books that have been canceled, banned, or rejected

1. As You Grow by Kirk Cameron

In 2022, as libraries welcome the Drag Queen Story Hour to read to young kids, actor Kirk Cameron’s book ‘As You Grow,’ was rejected by at least 50 public libraries.

The book celebrates family, faith, and biblical wisdom.” It is available through Brave Book Publishing.

The book provides thoughtful answers to questions arising from our transgender moment. Drawing on the best insights from biology, psychology, and philosophy,

‘When Harry Became Sally: Responding to the Transgender Moment,’ by Ryan T. Anderson, is still available at Barnes & Noble.

The book aims to help someone who wants to overcome their struggle with same-sex attraction. It centers on lesbianism that gives practical advice for healing and change.

The book ‘Restoring Sexual Identity: Hope for Women Who Struggle with Same-Sex Attraction‘ by Anne Paulk is still available at Harvest House.

For over a decade, the book has been a popular “must-read” for those who wonder, “Can a gay change?” This updated book offers compelling reasons why the answer is affirmative.

President Biden did not mention Seuss in his speech for “Read Across America Day.” The tradition of promoting Dr. Seuss’s books was made by previous Presidents, Trump and Obama.

Six books by Dr. Seuss were “canceled” and will no longer be published because of their alleged racial undertones that are “hurtful and wrong,” according to “woke parents.”

Why the Bible could be the next book to be canceled

Big tech Amazon and Apple did not only ban selling these digital books but recently deplatformed Parler, a conservative social media app accused of Trumpism.

The Amazon authors “banned” were Christians. In 2021, YouTube removed pro-life videos of LifeSite run by a Catholic group.

In 2014, Fire Chief Kelvin Cochran authored a book denouncing same-sex marriage and the gay lifestyle. He gave copies to his co-workers. The Atlanta City Mayor fired him.

In 2022, New York Times snubs nest selling “anti-Soros Book” from its bestseller list. The author, Matt Palumbo, is a conservative writer, while the billionaire Soros is accused of (political and demonic) conspiracy theories.

There’s no telling when the Bible will be next, but it will come. It’s not only filled with conservative values, but its morals are incompatible with left-liberal ideologies where wokeism is rooted.