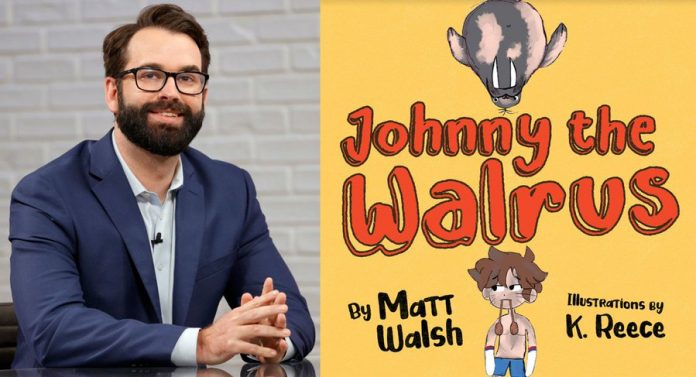 After same-sex marriage was ruled constitutional in 2015, Michelle Tea came up with the idea of Drag Queen Story Hour (DQSH) to promote inclusive storytime and affirm LGBTQ families.

DQSH is not alone in its campaign to push a “demonic LGBTQ ideology” on young kids. Around 2018, children’s gay books began to be sold on Amazon. In 2019, the “Big Tech” company began banning Christian books about overcoming homosexuality.

In 2022, new books that fight back against the transgender ideology and the grooming of children into this lifestyle were led by conservative figures.

GENDER PRONOUNS: THE WAR AGAINST THE NUCLEAR FAMILY.

Elephants are not birds

In 2021, Brave Books launched ‘Elephants are Not Birds.’ It’s an “anti-trans book” written by Ashley St. Clair that follows an elephant named Kevin and a vulture called Culture.

The vulture wanted Kevin to be confused and convinced him he was a bird, not an elephant.

The following year, conservative pundit Matt Walsh, who released the documentary ‘What is a Woman,’ published the children’s book “Johnny the Walrus.”

Walsh’s book allegorically compares being transgender to pretending to be a walrus through the story of a child named Johnny.

In 2022, Christian actor Kirk Cameron wrote the book ‘As You Grow‘ to help kids navigate their childhood with values, faith, respect, and godly morals. However, it was rejected by at least 50 public libraries, while the DQSH is welcomed.

The first to cave in was the Indianapolis Public Library. Cameron rebuked them in a letter and said they appeared to be excluding him “based upon skin color and religious beliefs.”

The library reversed its stand and over 2,500 people packed into the library to hear Kirk Cameron.