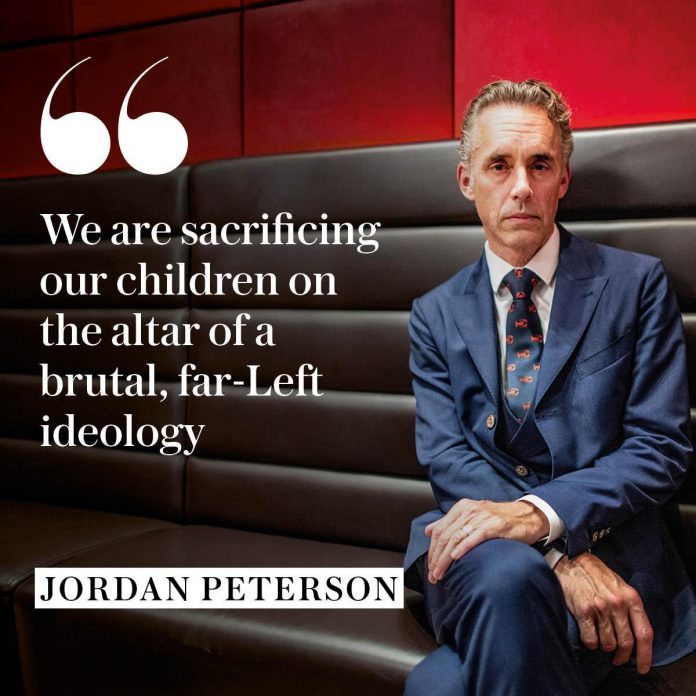 Clinical Psychologist Jordan Peterson chides the American Psychology Association (APA) on transgender by saying, “We are sacrificing our children on the altar of a brutal, far-left ideology.”

The American Psychological Association (APA) is the body charged with establishing the norms and ideals for clinical practice worldwide. “Some of their ‘guidelines’ are appalling…,” he said.

According to APA, psychologists understand that gender is a ‘nonbinary construct that allows for a range of gender identities and that a person’s gender identity may not align with sex assigned at birth.” [Guideline 1]

It was as if a switch had been turned on that several medical doctors had come out to support transgenderism through chemical castration and gender mutilation that President Biden and his “transgender assistant health secretary” labels ‘Gender-Affirming Care.’

For example, Dr. Peterson was appalled when he saw a video featuring an American surgeon bragging that he had performed more than 3,000 double mastectomies on young women.

89% OF LIBERALS WHO LEAN DEMOCRATS ARE ATHEISTS.

Standards are changing, and those in Peterson’s field of medicine have surrendered to this groupthink.

In 2018, there was a 4,515% increase in teens who sought sex reassignment surgery. In 2021, American public schools began to roll out informal policies that support gender pronouns.

In 2022, President Joe Biden endorsed the transgender movement by inviting a popular trans TikToker to express his support for the community.

One begs to ask, can we still trust psychologists if they no longer hold on to science but ideology?

“We have crossed the line from ideological possession to active malevolence—and we are multiplying our sin by attributing our appalling actions to ‘compassion.'” Heaven helps us. Truly, he said.

GENDER DYSPHORIA IS A SOCIAL CONTAGION?