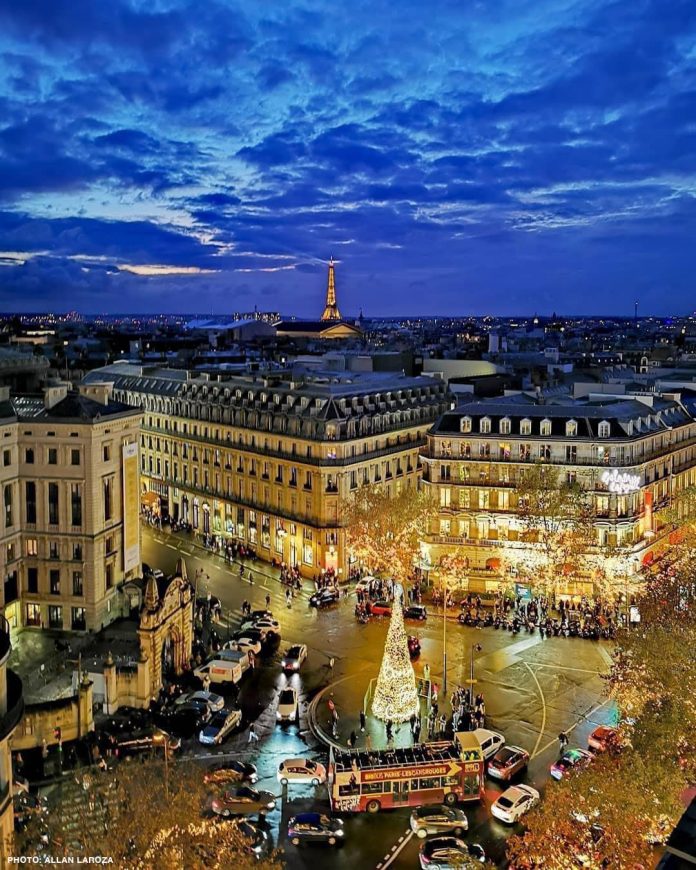 The best of Christmas in Paris 2022

Marveling at the magnificent Notre Dame, the Louvre, and Château de Versailles, Allan’s gift to himself is to wander aimlessly and take in more of the city’s Christmas magic—with his iPhone, of course.

As a “novice Parisian” who relocated from the Netherlands a few months ago, he strolled Paris’s lights over the first weekend of December 2022.

The photos below are his gift to those who can only dream of going to the city of lights. “The evening was full of sparkle and festive fun, with the Eiffel Tower beckoning in the distance,” he said.

The magic of Champs Elysées

The day Allan went to the fashion center of the universe was the inauguration of the illuminations of the Champs-Elysées—the return of the magic of Christmas on the premier avenue in the world.

The opportunity to discover the most beautiful avenue in the world and take a selfie in front of the Arc de Triomphe without a car spoils the view.

There is no key to happiness; the door is always open

The Galéries Lafayette Haussmann, in Paris, has always been a delight for both young and old at Christmas time, and this year is no exception.

The Galéries Lafayette are reconnecting with literature, 80 years after the written works of Colette, by inviting the novelist Claire Castillon to imagine an original tale: that of “Planète Sapin.”

The towering Christmas trees of Boucheron

The Boucheron along Vendôme sets itself as a top jewelry destination among tourists. This French luxury boasts the world’s finest jewelry collection inside and out.

In 2022, the store launched its Etoile de Paris collection: “A declaration of love to Parisian style: Faceted like a gemstone with a diamond at its center.”

Christian Dior: The star of Paris

Christian Dior is one of Paris’ top boutiques. Parisians and tourists alike get their Christmas present from this store. They’re known for Ready-To-Wear bags, leather goods, shoes, sunglasses, and accessories.

In 2022, the Dior collection highlighted technology and fashion in collaboration with the Italian start-up D-Air lab.

Chanel has several shops in Paris. In 2018, Chanel opened a massive new Paris flagship. It combined three buildings, including a former 17th-century convent at 19 rue Cambon.

The pockets of Paris

Not all streets of Paris are uber-chic. There are pockets where the real fun actually begins. In short, you don’t have to shop or eat exclusively on the Champs-Elysées.

A real Parisian means to think beyond the couture-lined boulevard of Montaigne. There is life outside “Grandes rues de Paris.”