Did Christianity Today Magazine Move to the Left? 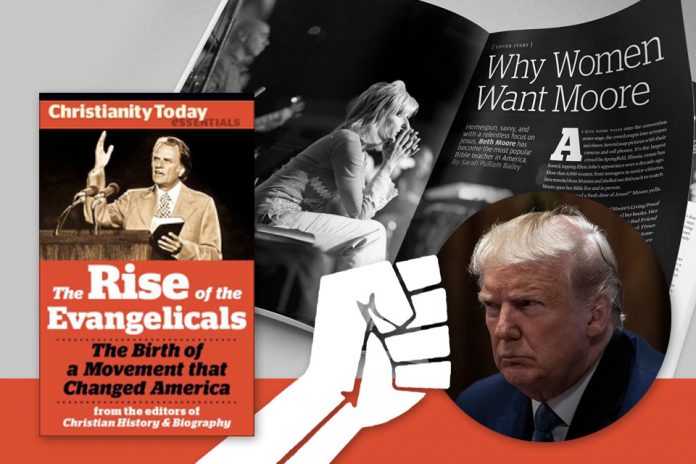 An unlikely subscriber of the prominent Evangelical magazine, Catholic defender of the faith, Steve Ray canceled his 40-year subscription to CT magazine. He said, “it has soiled itself.” The riots and pandemics revealed political colors and caused division.

Incidentally, CT also affiliates itself with anti-Trump female pastor Beth Moore criticized for her pop-Christianity. She appreciated the anti-Trump blog by twitting, “My hat’s off to you, @markgalli. Respect.“

CT magazine president Timothy Dalrymple pleaded with churches to consider “biblical restitution” (Black reparation) for what happened in the past by setting up financial funds.

Black Lives Matter roots for socialism, and its leaders are trained Marxists. They are pro-abortion, call on dead spirits, and some members burned Bibles and destroyed religious statues. In short, their ideology comes down to atheism.

Black author Candace Owens debunks systemic racism and blames mainstream media for “white guilt.” She calls BLM a “trash organization” that has nothing to do with black lives. Owens warns of victim mentality and the “Black card” BLM uses to destroy western society.

The question, therefore, is if Bible-believers should support an “Atheist-Marxist” group

It doesn’t take a Ph.D. to know racism is wrong. A true Christian who bears fruit knows we must love one another, regardless of color. For Christian author Dr. Michael Brown, “Black lives matter” should be said loud and clear, but BLM should be exposed for what it is.”

Apologist John Macarthur said in this video, “If you would think Biblically, you wouldn’t want to do anything with Black Lives Matter (group).”

“Black lives matter” should be shouted loudly & clearly, but BLM should be exposed for what it is.”