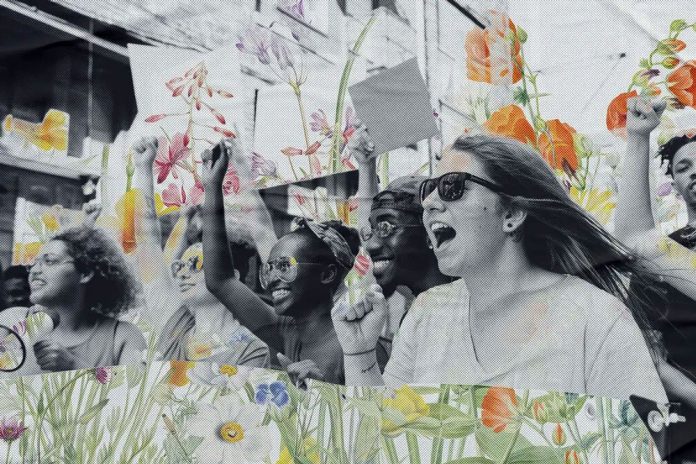 Since 2015, college universities in the United States have become more liberal, even those established with deeply traditional values. The best colleges in America were founded by Christian missionaries who were religious conservatives.

Ranked #3 out of 443 National Universities.

At its inception, it was called the “New College.” In 1639, the Massachusetts colonial legislature authorized its founding, whose main objective was to educate the (congregational) clergy. Its curriculum was gradually secularized during the 18th century.

The school’s name became Harvard University after its first benefactor, the Reverend John Harvard. He was a Puritan and had deeply conservative Christian values.

In 2022, Crimson’s survey of the Faculty of Arts and Sciences indicated more than 80% of its faculty were “liberal” or “very liberal.”

In the last decade, Harvard has instituted various diversity programs to promote equality, political correctness, and a new “woke education” trend that centers on social justice.

Interestingly, a study found that Harvard discriminates against Asian applicants. According to a now-deleted article in New York Times, Harvard downgrades Asians on “personality” to reduce their quota.

In 2022, Harvard welcomed ultra-left liberal Brian Stelter as a media fellow. CNN let go of Stelter, host “Reliable Sources,” amid low ratings and an attempt by the network to reduce its liberal-leaning programming.

Founded in 1875, the Christian Reformed Church in North America founded the school in 1876 as part of Calvin College and Theological Seminary to train church ministers.

In 2022, Calvin University allowed staff to remain in school even if they disagreed with doctrinal views on sexual sins, such as same-sex relationships.

Several professors at Calvin University no longer held that sex outside of heterosexual marriage is sinful. Thus enabling them to continue working at the Christian school while respecting their convictions. [Religion News]

In 2020, the school allowed a student group, the Sexuality and Gender Alliance, to be officially organized on campus. They want to support LGBTQ students, even if their faith tradition goes against it.

Cornell University has been a leader in higher education since its founding in 1865. It is one of the nation’s top-ranked universities with an emphasis on academic excellence and innovative teaching methods.

However, Cornell has become left liberal woke due to its left orientation and values. It is pushing its left-wing views onto students and turning them into one.

The Me Too founder Tarana Burke, CNN’s Van Jones, and former President Barack Obama are some of its most notable alumni. They are also the country’s leading “woke left-liberal” advocates.

The story of conservative speakers visiting college campuses and getting shouted down or disrupted by angry mobs of woke students has become sadly commonplace, reported the Washington Examiner.

The faculty has been leaning toward leftist ideology and a pro-affirmative action perspective since the 1960s.

Princeton University was founded in 1746 in Elizabeth as the College of New Jersey. It is the fourth-oldest institution of higher education in the United States.

It is an elite academic institution with a reputation for excellence in research and education. But Princeton is also deep in the values of diversity and inclusion, which has become too woke.

Princeton University offers courses on social justice that have good intentions. However, it has become laced with the woke ideology of Critical Race Theory.

According to some students, professors are unapologetically left-liberal, and the student body is largely wokeness-obsessed. For example, the NY Post interviewed students who were fed up with the university’s “woke overload.”

Christopher Reyes, who identifies as Hispanic and whose mother is Filipino, faced some blowback for being the president of Allegheny’s College Republicans chapter. Some people assumed that as a Hispanic, he should be a Democrat.

Hardworking student Aryaan Misra, who grew up in India, was told by a professor in an orientation program that “complimenting an international student’s English would be racist.” For Misra, being complimented on his English essay was a positive experience rather than an implicit racial bias.

In 2018, Bloomberg ranked Princeton as the 3rd most politically liberal college in the United States.

Duke University is a private research university located in Durham, North Carolina. Founded by highly conservative Methodists and Quakers in the present-day town of Trinity in 1838, the school moved to Durham in 1892.

The university firmly commits to social justice, diversity, inclusion, and LGBTQ lifestyle, evidenced in its progressivism policies and initiatives.

For example, the university’s insurance arm, Duke Health, offers health coverage for transgender surgery, making them one of the most progressive universities in the United States.

Additionally, Duke has a vibrant LGBTQ community and offers several resources and support services for LGBTQ students, faculty, and staff.

Duke also has several progressive academic programs, such as their Women’s Studies department and Center for Race and Ethnicity.