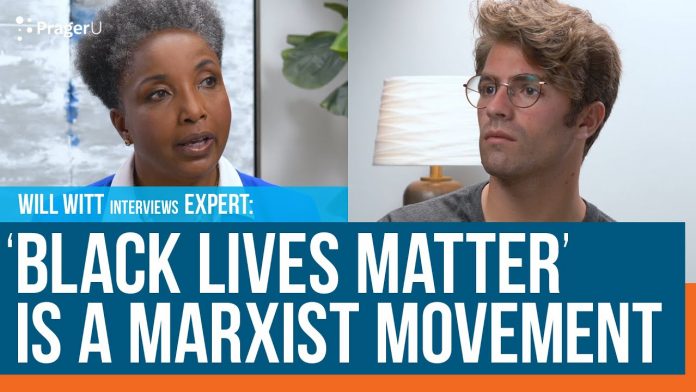 African-American law professor Carol Swain did not hold back on what she felt about the Black Lives Movement (BLM), even saying it is a Marxist movement.

When asked by CNN’s Michael Smerconish whether she saw “the end” of the BLM back in 2016, Swain said, “I hope so because I believe that it’s been a very destructive force in America.”

“It is not addressing the real problems affecting African-Americans, and so it’s problematic, it’s misleading black people, it needs to go,” the professor added.

Are whites driven by guilt?

The BLM movement has once again gained traction after the death of George Floyd last May 25. He was arrested for using a fake $20 bill to buy a pack of cigarettes.

The arrest was described as overkill. It quickly became viral and ignited the protest, which turned into violent riots caught on camera.

Everyone was angry, and white people felt they needed to support and give money. While some help and support are genuine, others were driven by guilt. Swain explained that they had no other recourse but to back the BLM movement.

“I believe that white people are cowardly, especially at this moment in history, and they feel like they want to show that they support black people,” Swain told Prager University’s Will Witt.

There’s only racism when the media creates a race problem

What is Marxism? It’s a political concept introduced by Karl Marx in Germany. Marxist-Lenin became the political ideology in Russia. Their 1936 Constitution provided religious freedom but banned religious education. They promoted atheism in keeping with Marxism–Leninism ideology.

“We are trained Marxists,” BLM co-founder

Carol Swain reflects on the role of media in instilling racial tension. “There’s only racism when the media creates a race problem.” Police officers killed far more whites, but not much was said about them.

During a White Privilege Conference in Kansas, participants couldn’t give an example of these privileges. If anything, data show systemic racism by police is a myth. It appears mainstream media fuels racial tension.

Something is very wrong

When a black man is killed, media reports create an uproar. The focus, it seems, is when a white policeman kills a black and neglects to report black on black; something that she sees is “very wrong.”

Swain does not think so. “Far, many whites killed.” A black person is likely to be killed by a black police officer. That white police officers are less likely to fire. “…in a lot of the cases that I’m familiar with, not all but in many of those cases, it involves someone resisting arrest,” she said.

The 1936 Constitution of the Soviet Union provided for individual religious freedom but banned religious education, and the state promoted atheism in keeping with its ideology of Marxism–Leninism.

Democrats pushing for an agenda?

Floyd resisted arrest before being brought down to the ground. She believes this would not end well with anyone, regardless of color. To resist arrest may be construed as a form of disrespecting the law.

She sees BLM as justifying resistance to authority, that police officers will shoot them anyway, so they might as well resist. The Democrats, she says, are pushing for a very wrong agenda; and that needs to be changed.

They believe they are showing support, but it’s the opposite, according to Dr. Swain.

AFTERMATH FOR BLACKS, ASIAN AFTER COVID.