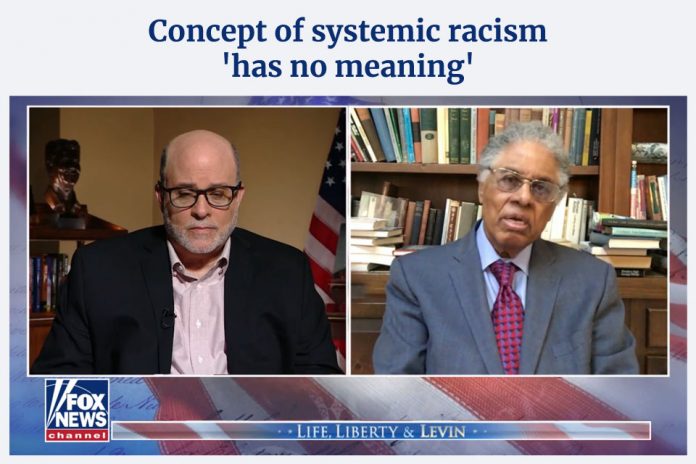 Economist and social theorist Dr. Thomas Sowell talks about his experience as a Black conservative, debunking systemic racism, the importance of common decency

In several interviews, Thomas Sowell’s position on American politics and racism shocked Black liberals. Black Lives Matter (BLM) shout for social justice, but as a Black man, Thomas Sowell does not believe systemic racism exists, and should we even support BLM?

The Marxist group also cries for economic justice. For Sowell, “What does “economic justice” mean, except that you want something that someone else produced, without having to produce anything yourself in return?”

Racism is not dead, but it is on life support — kept alive by politicians, race hustlers and people who get a sense of superiority by denouncing others as “racists.”

We keep hearing that "black lives matter," but they seem to matter only when that helps politicians to get votes, or when that slogan helps demagogues demonize the police.

Growing up as a Marxist and unto personal responsibility

As a Black man who lived a poor life in America, his knowledge and experience taught him to think. For Sowell, systemic racism mainstream media push (MSM) is a questionable hypothesis that reminded him of Nazi Germany in WW2. [Washington Times]

The war is clear between the US conservative President and liberal democrats. Dr. Sowell finds no hard evidence that Trump is racist despite what MSM, like CNN, says. However, whatever they use as a talking point is twisted, suggests an article in Washington Post.

systemic racism a questionable hypothesis that reminded him of Nazi propaganda.

Fascination of socialism among young people

The prominent Black professor said people “no longer look at the facts” yet are cheering on left-liberal policies. Sowell predicts that if Biden wins, it could lead to a tipping point for the country like the Roman Empire’s fall.

Dr. Sowell’s interview debunked systemic racism in “Life Liberty & Levin” at Fox News. He explained that the idea is a lie. Systemic racism has ‘no meaning’ and is reminiscent of Nazi propaganda.

“It’s one of many words that I don’t think even the people who use it have any clear idea what they’re saying.” In other words, a lot of people, even sincere “woke Christians,” are ignorant of what they support.