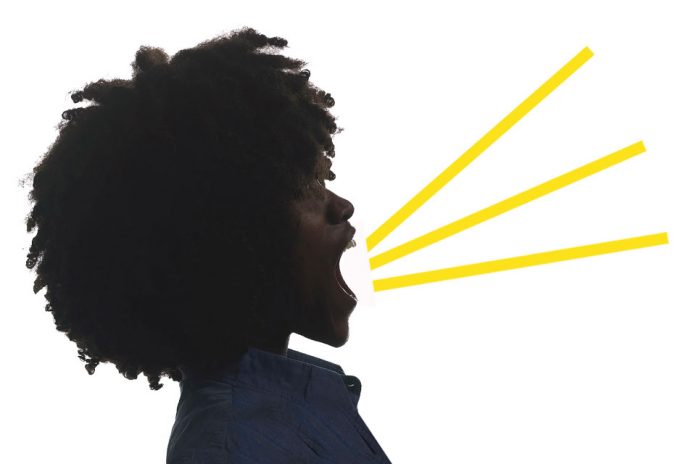 “We’re going to take to the streets again”

2021, NYC Black Lives Matter threatens riots in NY if anti-crime units reinstated warns NYC BLM co-founder Hawk Newsome. “If they think they are going back to the old ways of policing then we’re going to take to the streets again,” he told reporters after meeting with Mayor-Elect Adams. [NewsWeek]

“It’s time for us to kill one of yours”

2020 August 29, Kenosha activists declare, basically, open season on white people. According to the Kenosha News, the comments made during a Saturday rally demanding justice for Jacob Blake. Identified by one demonstrator as “our president” said:

“Listen or get ran over”

During a rally in Chicago, one of Black Lives Matter’s speakers explicitly threatened America and said the following in this video:

“You can listen to us or you can get ran over.”

“…they (police) beat us up every single day, we are targeted and profiled.”

“There are people who are dying, and y’all are mad about people looting Mag Mile? Get over it! These buildings are insured. Materials will come back, but we will not come back if they kill us!…”

“I don’t care if someone decides to loot a Gucci or a Macy’s or a Nike store, because that makes sure that person eats,” Ariel Atkins, a BLM organizer, said.

“That makes sure that person has clothes… That’s a reparation… Anything they want to take, take it because these businesses have insurance.”

“BLM will destroy everything”

“Black Lives Matter has virtually nothing to do with black people and nothing about preserving on black lives.”

“The BLM movement is really just a costume for white liberals and people who wish to see the destruction of western civilization to wear as they destroy everything we hold dear in this nation.“

2020 June, BLM quoted by The Sun wanting to topple statues of “colonialist.” These include Christopher Columbus, Thomas Guy, Winston Churchhill, and Mahatma Gandhi.

“We believe these statues and other memorials to slave-owners and colonialists need to be removed so that Britain can finally face the truth about its past – and how it shapes our present.“

“… being transgender adds an extra target on our backs…. as a Black community and specifically center the trans and queer community… It has always been part of their cultural movement“

“Our power comes from spirits”

After each name, she poured water from a plastic bottle onto the pavement (libation), and protesters responded with “Àse,” a word in Nigeria akin to ending a prayer with “Amen.”

“Our power comes not only from the people who are here but from the spirits that we cannot see.”

“Don’t apologize if you’re not racist”

“I keep seeing videos of white liberals kneeling and groveling in front of black people. Please stop this tomfoolery immediately. If you’re not racist, then you don’t need to apologize for anything. Just be NORMAL… Good grief.”

“We’re intimate with the spirits”

2020 June 13, One of BLM founder Patrisse Cullors said, “Spirituality is at the center of BLM,” during their Zoom call with Dr. Melina Abdullah, co-founder of BLM Los Angeles. They discussed the methods where they practice traditions from “West African places.”

BLM organizers pray and pour libation. By definition, libation is the act of pouring a liquid as a sacrifice (as to a deity).” They said the following:

“…at its core, it’s a spiritual movement” that involves “invoking spirits” with gifts and mantras until “those spirits actually become present with you.” (Cullors)

“Maybe I’m sharing too much… but we become very intimate with the spirits that we call on regularly.” (Abdulah)

“We’re literally hunted EVERYDAY/EVERYTIME we step foot outside the comfort of our homes! Can’t even go for a damn jog man! Like WTF man are you kidding me?!?!?!?!?!?”

“We are trained Marxists”

“We do have an ideological frame. Myself and Alicia, in particular, are trained organizers; we are trained Marxists.”

In a traditional American family, the father is the authority, the children obey, the whole family under God. “Villages” refers to Marxist society. They also call themselves “comrades.” BLM official website said the following:

To say “comfortable” meant that each family member adheres to their own set of an ideology they are comfortable with. Hence, submission to authority is not enforced.

“We disrupt the Western-prescribed nuclear family structure requirement by supporting each other as extended families and “villages” that collectively care for one another, especially our children, to the degree that mothers, parents, and children are comfortable.”

Based on the following statement from their official website, BLM supports the LGBTQ lifestyle, refuse heterosexual thinking,” unless disclosed otherwise.

“We foster a queer‐affirming network. When we gather, we do so with the intention of freeing ourselves from the tight grip of heteronormative thinking, or rather, the belief that all in the world are heterosexual (unless s/he or they disclose otherwise).“

2020 July 2, Samuel Sey is a black African American who supports “black lives.” He is a Christian and a community liaison at the Canadian Centre for Bio-Ethical Reform. He posted the following on his Twitter.

“If you love black people, don’t support Black Lives Matter. They support two of the most destructive things against black people today: fatherlessness and abortion.

Abortion and fatherlessness have destroyed more black lives than racism has—and BLM is enabling that oppression.”

“US Blacks, most prosperous”

“Blacks in America most prosperous in the world”

2020 June 5, Psychology Professor Charles Negy said, “Black privilege is real.” He was criticized for it. Instead of joining the bandwagon of BLM activism, he said the following to Black students.

“Be the best student possible. Avoid crime. Avoid gangs. Avoid unwanted pregnancy. Avoid drugs and alcohol. Amazing what a little common sense can do for your destiny.”