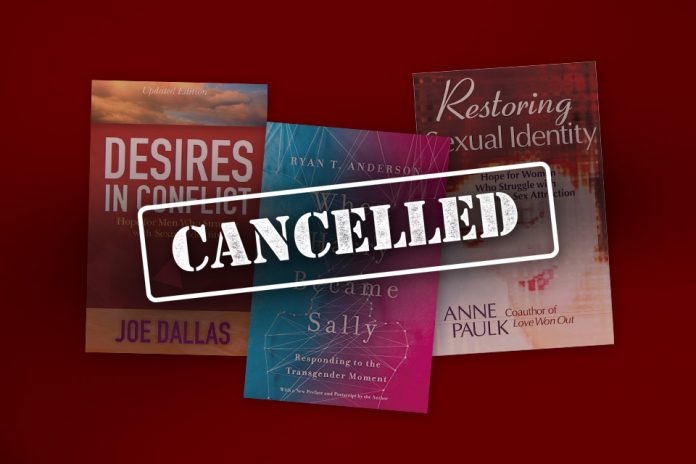 Author Anne Paulk who wrote Restoring Sexual Identity: Hope for Women Who Struggle with Same-Sex Attraction, and pastoral counselor Joe Dallas author of Desires In Conflict was removed from the gian retailer.

Their books detail how Jesus transformed their lives and sexual identities, deemed “violation of our content guidelines,” Christian Post reports.

Other works by Catholic lawyer David Robinson, Catholic psychologist Joseph Nicolosi were also removed previously. Leaving books about gay-sex, and those that promote pedophilia and aboriton.

I hope you’ve already bought your copy, cause Amazon just removed my book “When Harry Became Sally: Responding to the Transgender Moment” from their cyber shelves…. my other four books are still available (for now). https://t.co/cnMGZV1L0A

Amazon is not alone in censoring and canceling conservative voices

The next month, six Dr. Seuss books to stop being printed as Biden cuts author from “Read Across America Day.” These books portray people in ways that are hurtful and wrong, left-liberal claims.