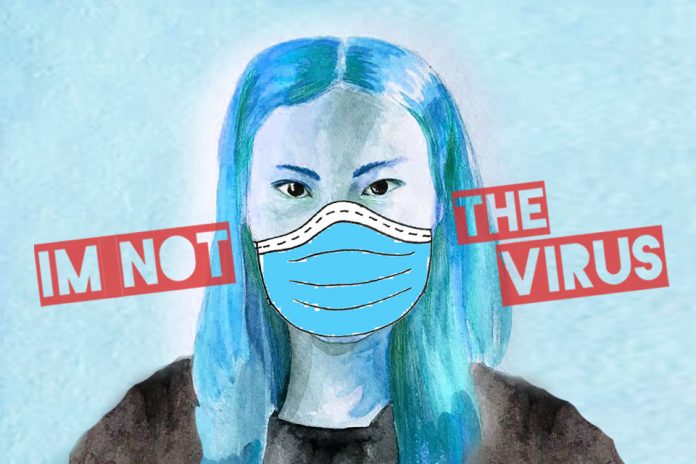 Laos Immigrant told to go back to Asia

2021 July: UBER driver Outhay Chokbengboun, an immigrant from Laos, was told: “…go back to Asia.” Chokbengboun picked up a group who wanted to go to a different destination instead of what they originally requested on the app.

The issue escalated with one of the passengers. A woman in a video appears to be saying, “…f** a*** Go back to Asia.” The Laos immigrant refused to change course, although he did tell them to make the changes in the UBER app.

He decided to pull into a gas station to let them out. In the driver’s dash camera video, a passenger apparently said, “Sir, can I bribe you to get us home?” before another passenger says, “No, we don’t want to drive home with this f** a***.” [WSOC TV]

2021 February: Attacks on Asian-Americans in New York stoke fear, anxiety, and anger. In February alone, at least two people were pushed over the subway tracks by a man without provocation.

Asians shot at massage in Atlanta

2021 March: a gunman kills eight people at three Atlanta-area massage parlors. Most of them were Asians. The suspect was a white man. [USA Today]

Taiwanese struck by a hammer

2021 May: Theresa came to New York in 2019 for her Master’s degree in fashion. Due to the rising crimes in New York City, she was to leave for Taiwan for safety.

Unprovoked, a black female suspect struck her with a hammer near Times Square. [ABC7 NY]

2021 June: Texas tourist Wade Anton told an Asian mom and her children, “Go back where they came from.” It started when the kids ignored Anton, who warned them not to pet his dogs.

The husband, who was at a distance said, Anton ran towards and punched him repeatedly. He then pulled a handgun to protect himself. [Okallosa Sherrif]

2020 July 4: A Filipino-American family from SoCal was having a birthday celebration at the Bernardus Lodge and Spa’s Lucia Restaurant. Michael Lofthouse, the owner of Solid8 Tech from San Francisco, started berating the family for unknown reasons.

Lofthouse said, “F*** you Asians. Go back to whatever f****** Asian country you’re from. You don’t belong here.” After he was told by management to leave, he also said, “You f****** Asian piece of s***,” among other racial slurs he threw at the Filipino American family.

2020, June 17: The New Gourmet Garden at the Mayflower Shopping Center on Crescent Avenue was spray-painted vandalism with the word “coronavirus” and “COVID-19” on its windows. “Go home to China,” was also written on the sidewalk in front of the Chinese restaurant.

New Gourmet Garden and most Chinese restaurants in the USA are at risk for backlash. There’s fear from customers who’d choose a different restaurant out of fear the Wuhan “Chinese virus” stigma. Sales dropped since then.

2020, June 14: The Newark police investigated the distribution of flyers that read “Kill China Virus.” The perpetrators left the flyers on doors, doorsteps, and vehicles that targeted Asian and Asian American students at the University of Delaware community.

2020 June 13: A white man ranted at Queens 7-Eleven. He blamed Chinese and Asians for the coronavirus pandemic. Then he assaulted a young South Korean student with a racist tirade. Thankfully, no one was hurt, although the video recording of the incident was pretty tense.

The journey of Balikbayan Box to homeland.

2020 June 12: An old lady “Karen” caught on video harassing a young Filipino-American woman at a park in SoCal. The FilAm was doing step-ladder workout on one side of the stairs. The older woman accused her of blocking the way. In the video, there was no traffic, and the stairs were wide enough for anyone to pass.

2020 March 14: Nineteen years old Jose Gomez stabbed three of the members of an Asian family, including a 2-year-old and 6-year-old children because of being suspected as Chinese infecting people with coronavirus.

Pictures posted on Facebook show that the father and his son were cut very badly across their faces. The son, who is very young, has a cut reaching from behind his ear all the way across to his eye, reported CBS7.

Asian woman punched in the face

2020 March 11: A 23-year-old woman walking in New York City was yelled at because she wasn’t wearing a mask. Anti-Asian slurs hurled at her, then punched her on the face by a woman who fled the scene on foot.

2020 February 15: An Asian American teenager from San Fernando Valley bullied and physically attacked. They accused him of being infected with COVID-19.

2020 June 17: A white man hurled insults to the ABS-CBN crew for “Balitang America” while shooting a TV segment at Bernal Heights, San Francisco.

Vietnamese told: “…because you touched it!”

2020 February: Andrew Nguyen, 22, works at AAPE in West Hollywood. As he “rung up” one of his customers’ items, his fingers brushed the clothing and face mask he was buying.

“Can you get me another one?” the man said. Nguyen asked why and gets a nasty look, “Because you touched it,” the customer replied.

2020 February 3: Chinese-American Rosen Huynh had normal flu. She knew possible discrimination the moment she sneezes or coughs in public. So she tried to suppress it. Naturally, she can’t hold it at all times. Each time she did, she gets elicit furtive and odd looks from the people around her.

Pew Research survey confirms Asian Americans’ discrimination: In a recent survey in June 2020, 39% of respondents said people around looked uneasy, likely because they were Asians. About 31% were subjected to slurs or jokes, while 26% were fearful and felt imminent physical danger.

In response to the alarming surge of xenophobia, the Asian American Christian Collaborative (AACC) is campaigning for “Anti-Asian Racism.” The group calls for churches to combat racism from the pulpit and in congregational life.

They also believe that Asian American issues, anti-Asian bias, and Asian American histories of oppression and resistance should be taught in schools. Ultimately, they call for prayers and to hold officials accountable for inaction.